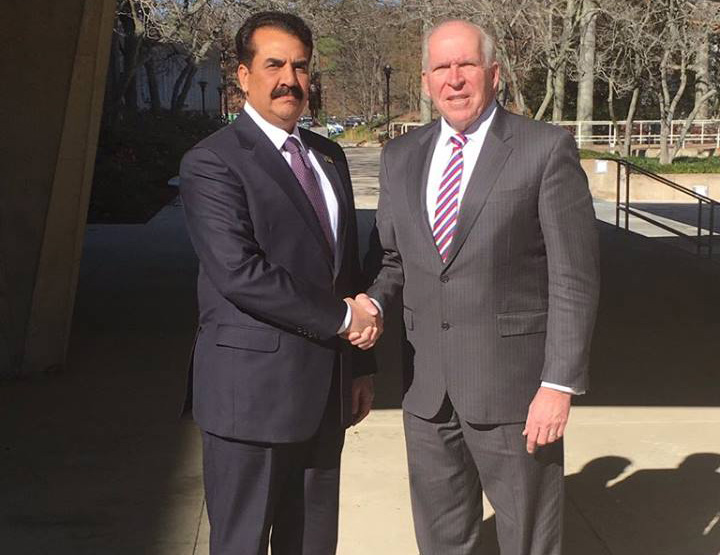 WASHINGTON (92 News) – Chief of Army Staff General Raheel Sharif has reached Pentagon to meet US Defense Secretary Ash Carter and Deputy Defense Secretary Robert Work on Tuesday. Earlier, he visited Central Intelligence Agency (CIA) Headquarters, Langley and met with Director CIA John Brennan. He discussed regional security challenges and way forward during the meeting with Director CIA. The COAS specially highlighted need for permanent stability and requirement of conducive environment in region for re-initiating Afghanistan owned and led reconciliation process. He said that Pakistan is making sincere efforts to bring peace and stability to Afghanistan, as it is in the interest of the entire region. Director CIA acknowledged accomplishments of Operation Zarb-e-Azb. During the meeting, John Brennan discussed the opportunities presented for the future of an enduring regional peace with Gen Raheel and praised Pakistan's efforts for the Afghan reconciliation process.