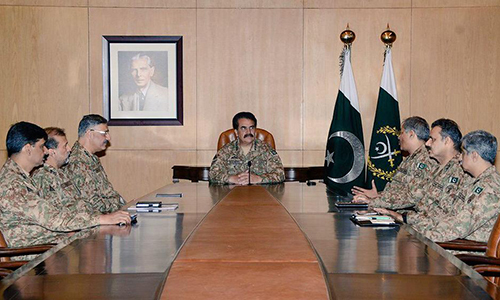 RAWALPINDI (92 News) – Chief of Army Staff (COAS) General Raheel Sharif has announced to donate Army's one-day ration to flood affectees. Presiding over a meeting held to review Army's ongoing flood relief effort in affected areas in Rawalpindi on Friday, he directed all concerned to leave no stone unturned while providing relief to the victims.