According to the ISPR, matters of mutual interest, bilateral defence and security cooperation were discussed.

They agreed that Pakistan and Saudi Arabia shared great history of cordial relations and deep spirit of brotherhood which is transforming into enduring partnership.

They acknowledged that Pakistan and Saudi Arabia are vital players in regional stability with significant responsibility towards Muslim Ummah.

The COAS reiterated Pakistan’s commitment to safety, protection of Harmain Ul Sharifain and territorial integrity of the Kingdom.

Both sides re-emphasized the need for joining hands to eliminate the menace of terrorism and reinvigorate the mechanism to eliminate extremism. 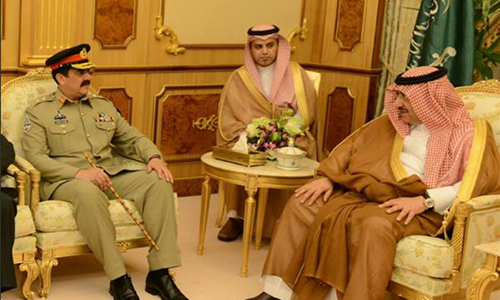 The Saudi King and Crown Prince reassured the COAS that they consider any threat to Pakistan’s integrity unacceptable and will support peace and stability in Pakistan.

The King, Crown Prince and Defense Minister said that they hold Pakistan and Pakistan Army in high esteem. They also appreciated the achievements of Pak Army in Operation Zarb-e-Azb. 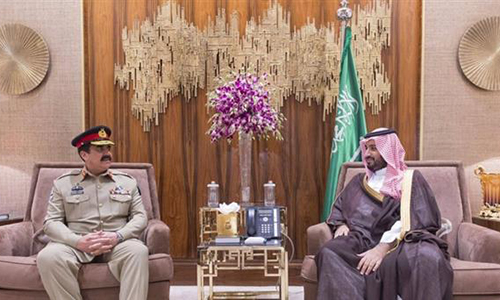 The COAS appreciated growing counter terrorism cooperation, intelligence sharing, limiting space of terrorists and extremists in all domains, including choking flow of funding.