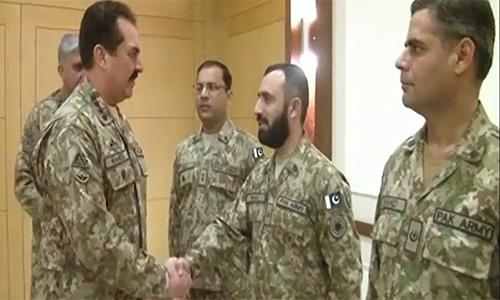 RAWALPINDI (92 News) – Chief of Army Staff General Raheel Sharif has lauded the performance of the Pak Army team winning a gold medal in the Cambrian Patrol exercise in the United Kingdom. As many as 120 teams from across the world, including India, participated in the exercises. Pak Army jawans displayed the best performance in the exercises.