RAWALPINDI (92 News) – COAS General Raheel Sharif spent night in the field near Kharian and witnessed the night and dawn operations of the central command as part of Army Field Exercises.

Exercises were aimed at validating latest operational plans involving infantry and mechanized troops and their support elements from the entire central command.

Apart from first-ever use of fully digitized virtual Command and Control Room, the exercise saw the first formal employment of indigenous Mine Dispensing System also. SSG troops participated with most impressive high altitude drop by their free fall paratroopers. 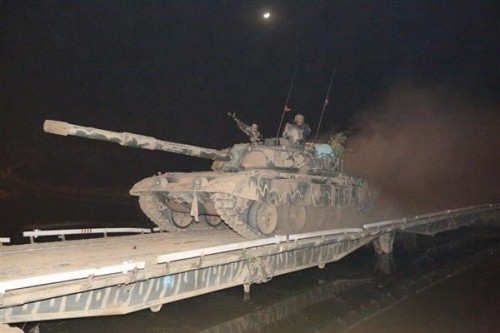 Speaking to officers and men, the COAS said: “Army Field Exercise has fully achieved its objectives of validating our updated operational plans integrated with latest communication concepts and cyber technology to radically reduce our reaction time for quick response.”

He said that successful culmination of the exercise has boosted their confidence in their combat readiness. “Induction of numerous indigenously prepared systems manifests our growing technical prowess and self-reliance. Our adversary must know while we have been fully occupied in a determined fight against terrorism across the country especially the western border, we have kept ourselves prepared to take on any misadventure or strategic miscalculation by our adversary,” he maintained. 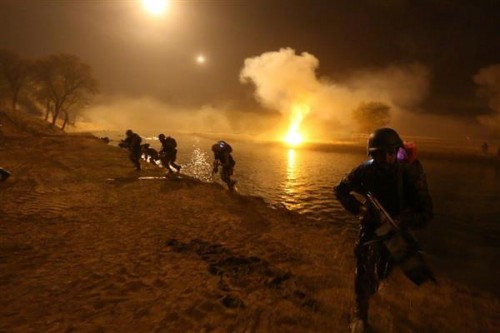 The COAS said that the resilience, resolve and heroic deeds of their men against odds have earned international acclaim for their audacity as a nation. The COAS emphasized on perpetual state of readiness and commended the morale and combat efficiency of troops. 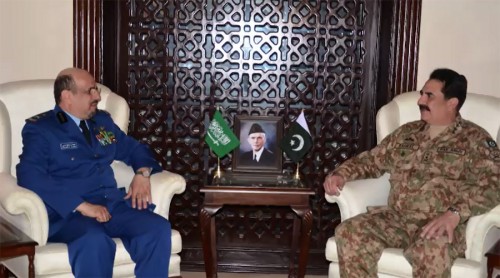 According to the ISPR, matters of professional interest and regional security situation were discussed.