At Sialkot, COAS attended closing session of Corps level war game where he was briefed on planning parameters and conduct modalities of the exercise. The war game was based on defensive operations cycle of a corps under conventional battle field environment in line with Operational and Planning Directives of Pakistan Army. 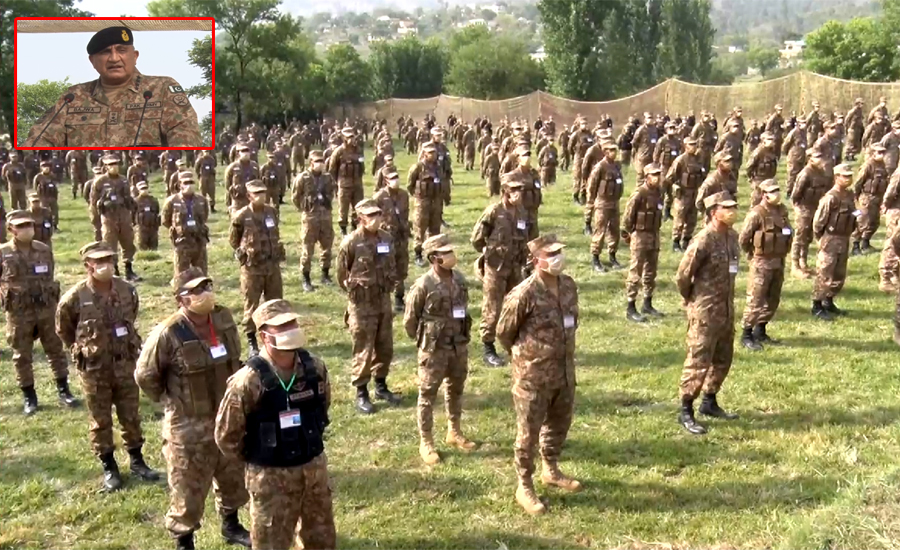 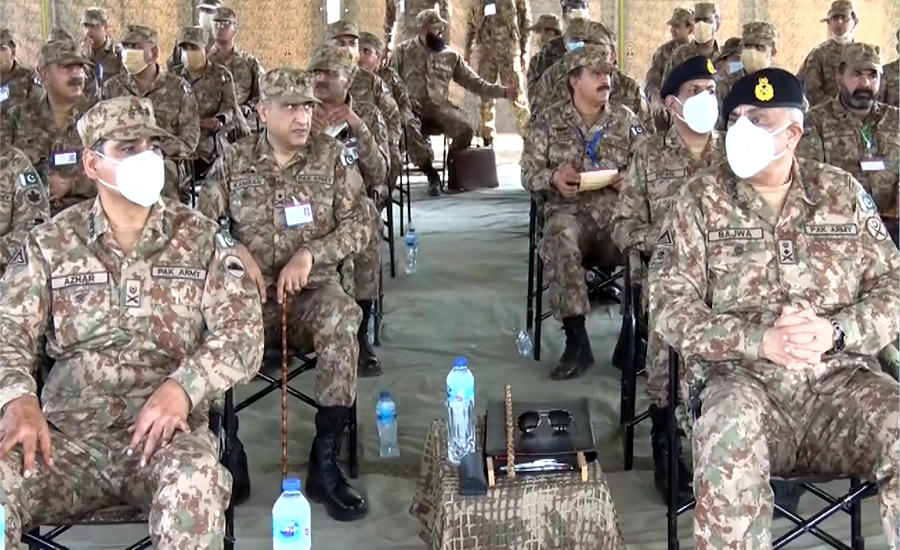 The COAS also interacted with the participating troops. Appreciating hard work, high morale and professionalism of troops, the COAS expressed satisfaction over conduct of the exercise. "Realistic and futuristic training corresponding to evolving threat is imperative for maintaining operational readiness," the COAS remarked.

Earlier on his arrival, the COAS was received by Corps Commander Lieutenant General Azhar Abbas.