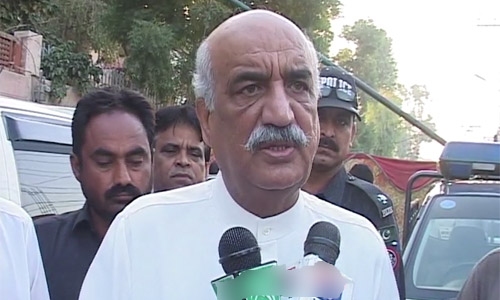 SUKKUR (92 News) – Opposition Leader in the National Assembly Khurshid Shah has said that the consensus on the Judicial Commission is a good omen. Talking to journalists on Saturday, he said that Uzair Baloch has to flee from country due to the operation. “If the governor rule imposed in Sindh, it will have to be imposed across the country,” he said. Khurshid Shah said that it is difficult to impose governor rule in Sindh due to the constitutional amendment. He refused to talk about the statement of Saulat Mirza.