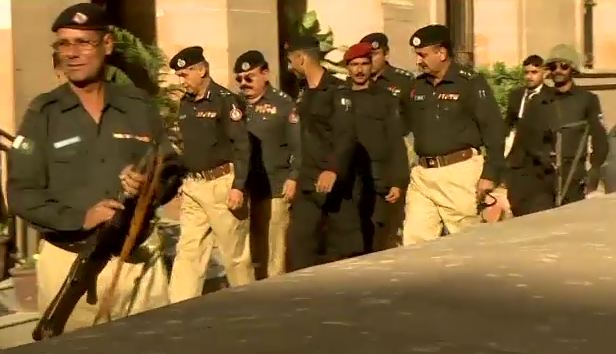 Earlier, Commandos of the Special Security Unit (SSU) had subjected to torture the private guards of Pakistan Peoples Party’s (PPP) estranged leader during his appearance before the anti-terrorism court. They had also beaten up media personnel covering the hours-long siege of the high court building on March 23.