MARDAN (92 News) – At least 11 people including two cops were injured when a suicide bomber detonated his suicide jacket near a police vehicle in Mardan on Tuesday.

As per details, a suicide bomber was about to target a police vehicle outside the police station when two policemen opened fire, which prompted the bomber to explode his suicide vest.

Police foiled the suicide attack attempt on a police station in Mardan district but the explosives went off however in their firing, injuring eight persons, including two cops.

On the other hand, police seized explosives from a motorbike parked near another police station in the district.

The injured people were shifted to nearby hospital for treatment where the official said that all those injured in the blast were out of danger.

Police have launched a search operation in the area. 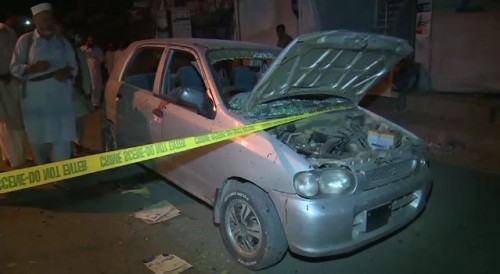