ISLAMABAD (92 News) – President Dr Arif Alvi said that the corruption and group interests were being caused major problems for Pakistan. 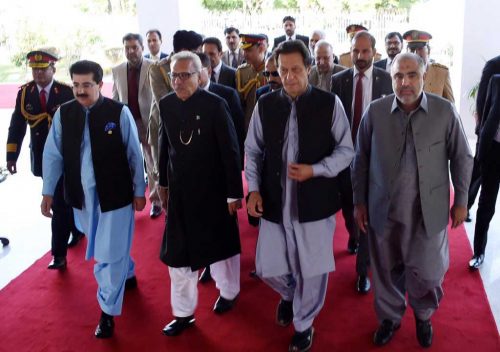 Addressing to the joint session of the parliament, the president has said that the biggest reason of issues facing Pakistan are corruption and group interests. For controlling corruption, he said that accountability institutions need to be improved in the country.

Dr Arif termed that the incumbent government wanted to to build “Naya Pakistan” on basis of employing simplicity and ridding the society of corruption. He hoped that the government would devise a roadmap to streamline all sectors that contribute to progress of the country.

For addressing water crisis, the president said that it should concentrate to stop the wastage of water and reserve the precious resource that was at the brink of becoming scarce. He added that the country was in need of building dams as well as need of special concentration on the plantation.

Alvi said that the government must promote the advanced system of irrigation as well as bridging the gap between resources and population growth. He also underlined the need to create job opportunities keeping in view merit.

President Dr Alvi lauded the armed forces of the country for rendering their services and war against terrorism. He gave the credit to armed forces for elimination of terrorism from the country and sacrifices rendered by the Pakistan army.

Alvi mentioned that the country has controlled the menace of terrorism and the world should learn from Pakistan to fight against the terrorism. He has given tribute to all the martyrs from him nation side.

“We want better relations with India on the basis of equality and will appreciate all positive gestures from the other side for promoting peace and tranquility,” he stated. He further said Pakistan populace and the government would continue to support cause of Kashmiris against oppression, and also remind the international forums of their responsibility.

“We must understand that we are debt-ridden nation and we need capital to run our affairs, adding that the government will take measures to tackle this situation,” the president stressed.

He told the House that circular debts have increased over Rs 1.1 trillion and that needs to be curtailed in no time. He stated that the government must attract foreign investors to address challenges facing the Pakistan’s economy. He also said that industries in the country were not operating and unemployment was rising. 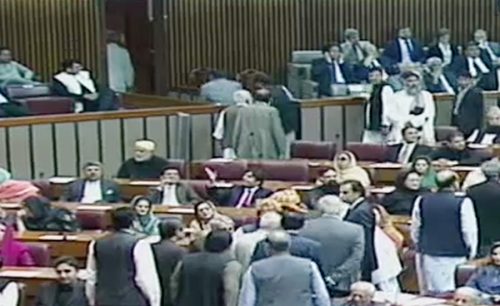 However, the Pakistan Muslim League-N (PML-N) members of National Assembly walked out of the session in the start of the president’s speech. 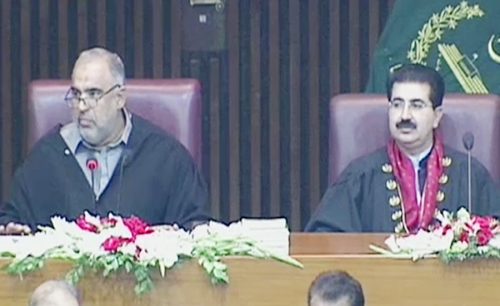 Today s joint session was the first formal session of the NA after election and swearing-in of the new prime minister, Speaker and the Deputy Speaker. 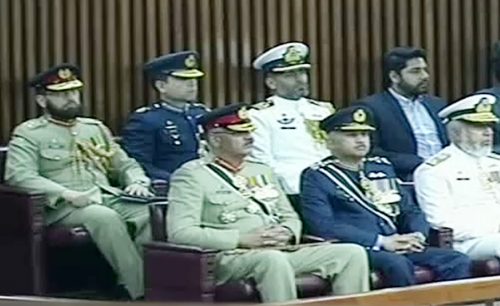 On the other hand, Prime Minister Imran Khan, all the heads of armed forces and foreign ambassadors attended the joint session.