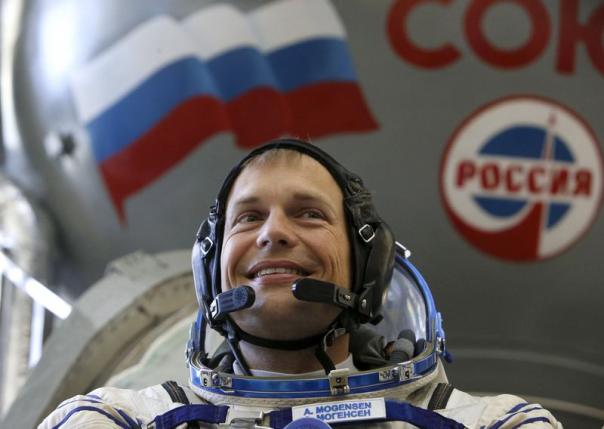 MOSCOW - A pair of Russian cosmonauts began their working week on Monday by cleaning the windows of the International Space Station (ISS), floating 250 miles (400 km) above the Earth's surface. Station commander Gennady Padalka and flight engineer Mikhail Kornienko closed the hatch on the station's Pirs module at 1951 GMT (1551 EDT), completing the almost six-hour spacewalk to install new equipment and carry out maintenance tasks. The cosmonauts finished the expedition 30 minutes ahead of schedule after breezing through their first task - installing equipment to help crew members manoeuvre outside the ISS. They later completed maintenance on various experiments, photographed the Russian section of the space station and cleaned a porthole window to remove years of dirt left by exhaust fumes from visiting ships. "They developed a (cleaning) tool kit with two swabs with handles on them. The swabs are kind of a type of terry cloth," spacewalk specialist Devan Bolch said in a NASA video published before the walk. "It's kind of similar to what you would use on your car headlights, when they get hazy, to clean them." The success of the mission will boost spirits in Russia, whose once-pioneering space industry has suffered a string of accidents which have tarnished its reputation. A Proton-M carrier rocket burnt up over Siberia minutes after launch in May, just weeks after technical faults forced Russia to abandon a $51 million dollar ISS supply mission. The expedition is the fourth ISS spacewalk this year and the 10th for Padalka, who has spent more time in space than any other person. It is Kornienko's second venture outside the station, a $100 billion research laboratory owned and operated by a partnership of 15 nations. While the two Russians floated outside the station, their international colleagues inside the ship harvested samples from an experiment to grow vegetable produce in space to support longer missions. "(This) marks a milestone, the first space-grown lettuce that is actually consumed in orbit by ISS crew," NASA mission commentator Rob Navias. "Bon appetit," quipped U.S. station flight engineer Scott Kelly before tucking into samples of the red romaine lettuce, garnished with oil-and-vinegar dressing. - Reuters