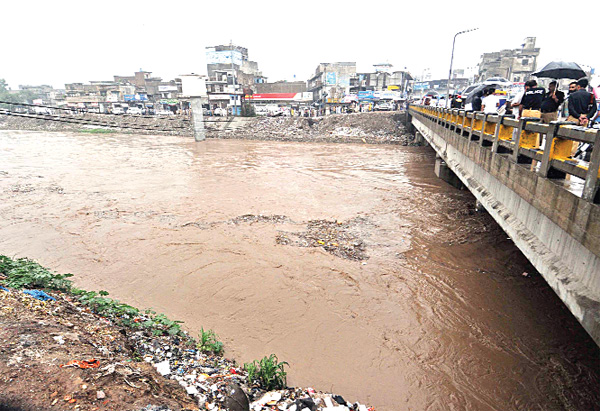 LAHORE (92 News) – Intermittent rain countrywide claimed 18 lives including most of the losses from roof collapse, 92 News reported on Monday. Including children 18 people were killed and several injured after Lahore, Gujranwala, Bahawalnagar, Kohat, Peshawar  and Wah Cantt paid most price to the heavy downpour. On the other hand, Rawalpindi's Nullah Lai is reaching alarming levels of water rise with continuous showers. Water and Sanitation Agency (WASA) cancelled the holidays of its employees to deal with the situation. Several acres of crops were destroyed after water breached a stream in Bahawalnagar.