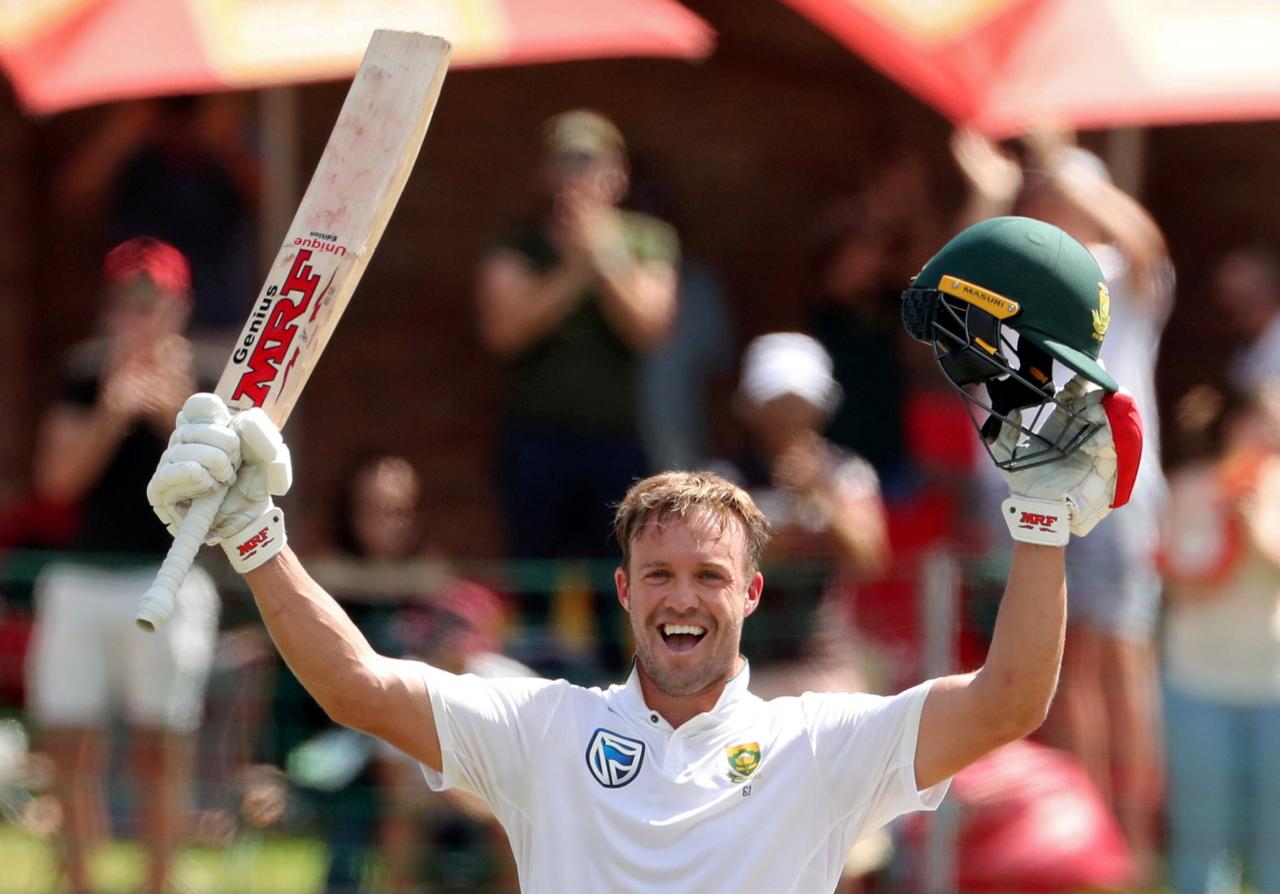 PORT ELIZABETH (Reuters) - A first Test century in three years for AB de Villiers brought great delight to South Africa’s talismanic batsman, whose unbeaten 126 on Sunday helped his side into a strong position to win the second Test and tie the four-match series.

South Africa still have work ahead on the fourth day at St George’s Park on Monday but De Villiers propelled the home side to a significant first innings lead which could prove the foundation for victory.

Australia are 41 runs ahead but only have five wickets remaining when they resume their second innings on Monday.

“We are in a decent position. I honestly had a feeling we could have finished the game today if we had really got it right,” said De Villiers.

“I still feel our bowlers have a lot in them and they are going to come with a lot of fire tomorrow morning and hopefully knock them over.”

De Villiers went to his 22nd Test century before lunch with a characteristically innovative stroke, arching his back and helping a short ball over the slips and to the boundary.

“I was unbelievably happy. I was quite nervous, I haven’t been in this position for a while and it means the world to me. I’ve been through quite a lot getting to this moment and I’ve worked very hard, so I feel very chuffed,” said the 34-year-old.

De Villiers took almost two years out of the Test arena to concentrate on the shorter formats of the game and spend more time with his young family but came back in December.

Yet there was no fairytale return either against Zimbabwe in the one-off Boxing Day Test or India in January and only on Sunday did he reach the milestone of a century for the first time in 13 Tests.

“It’s a relief at the moment it happens and then it starts to sink in a few hours afterwards, sometimes only days afterwards,” he said.

De Villiers, who averages over 50 in his 112 Test appearances, said he had learned much since his debut as a 20-year-old against England at the end of 2004.

“I was a lot more fearless when I was younger. The big difference from then to now is that I think I’m a lot smarter,” he said.

“I understand what makes me good when I’m playing well and what I need to get into that zone. More often than not, I try to generate a lot of energy and go into an overdrive of intensity.

“There are a couple of basics that I rediscovered in the nets leading up to this series, like making sure I give myself the best opportunity to see the ball coming out of the bowler’s hand and be still in the crease.