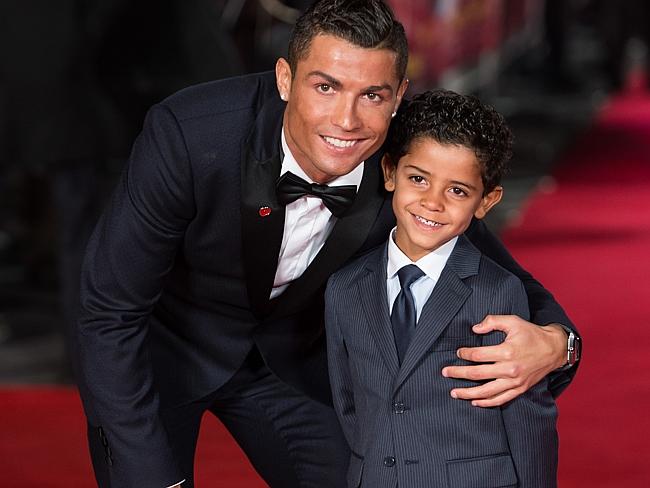 LONDON - From soccer pitch to red carpet, FIFA World Player of the Year Cristiano Ronaldo premiered his personal portrait film "Ronaldo" in London on Monday. Ronaldo reunited with his former Manchester United manager Alex Ferguson on the red carpet, which also saw a late arrival from Chelsea manager Jose Mourinho. Posing with a line of fans, Ronaldo sought to break a selfie record upon arrival and was also awarded certificates for other Guinness World Records he had, including "most 'liked' person on Facebook". "The people who really know me, they are not going to be surprised about the movie," Ronaldo told Reuters when asked about the film. Asked if after his soccer playing career he might eye a position as head of FIFA or UEFA, the Real Madrid striker said: "I'm not that smart to be president. I do not worry about that, about what is going to happen in my future." "I think I'm still able to play a few more years of football, but in future I have other projects, that will more interesting than being president," he added. The film, made by the team behind documentaries on racing driver Ayrton Senna and singer Amy Winehouse, looks at his professional side as well as shows tender moments between Ronaldo and his young son. "You have a chance to see the real Cristiano," Ronaldo's agent Jorge Mendes said of the film. Ronaldo is also captain of Portugal's national team, which last month secured its spot for Euro 2016 in France. Asked if he thought he could bring the side to victory, Ronaldo said: "Well, I will try. I will help the team and I will give my best like always and let's see what happens." "But I am looking forward to that." -Reuters