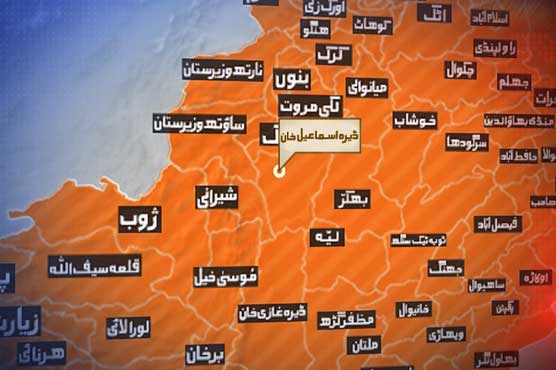 As per details, the CTD carried out an operation in Dera Ismail Khan and arrested three terrorists namely Shahbaz, Raj Wali and Shah Zaman.

The detained terrorists belonged to Mohmand Agency and were wanted in 50 incidents of extortion and terrorism.

The CTD officials further recovered weapons and 5kg explosive material from their possession. The terrorists were shifted to unknown place for interrogation.