SANTIAGO (AFP) – Cuba commemorates the first anniversary of the death of revolutionary father Fidel Castro on Saturday as it looks ahead to the post-Castro era.

Ceremonies marking the anniversary are scheduled across the Caribbean island.

President Raul Castro will lead a ceremony in the southeastern city of Santiago de Cuba, where his brother’s ashes are interred.

Since his death at the age of 90 on November 25 last year, his wishes have been respected. No street, square or building bears his name, and no statue or monument has been erected in his honor.

But Fidel remains present in the minds of Cubans, and state media daily recalls his exploits, speeches and writings.

Whether by accident or design, the tributes coincide with the first round of municipal elections which will mark a turning of the page in Cuban history.

The polls will kick off a series of elections that will end in February next year with the first generational change at the top in Cuba in 60 years — the election of Raul Castro’s replacement, who will, for the first time, be a post-revolutionary figure.

President since 2008 when he took over from Fidel, 86-year-old Castro has announced that he will not run for re-election. 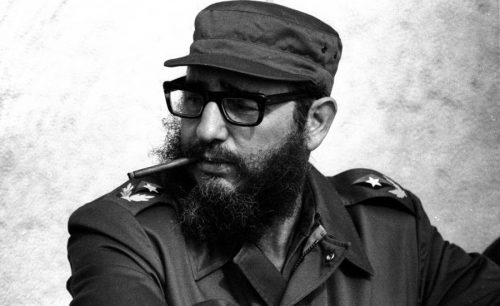 Favorite to replace him is first vice-president Miguel Diaz-Canel.

Born after the revolution, the 57-year-old with salt-and-pepper hair has the tough task of forging the first post-Castro government, consolidating the revolution’s gains and executing an economic transition laid out by Castro.

For many in Cuba, economic change is happening too slowly.

Ernesto Jiminez Hierrequelo, 29, said he is optimistic about the country’s future and eager for change, but fears that it will “take time.”

“The food here is a little expensive. It’s complicated. ….the economy is what penalizes the Cuban population the most and I think that to advance this sector would improve our daily life.”

The official annual growth target of 2.0 percent last December was adjusted down to 1.0 percent in July. Some economists are predicting a deeper slowdown, as the country struggles to recover from the damage wreaked by Hurricane Irma in September.

Castro’s guidelines, approved by the Communist Party, provide the framework for political and economic reforms until 2030, with the aim of consolidating the regime and dragging an obsolete economic model into the 21st century.

However, Castro is likely to stay on in the leadership of the Communist Party, at least until its next Congress in 2021.

“In that scenario, over the next couple of years the government’s agenda and operating style will probably not change very much,” said Michael Shifter, president of the Washington-based Inter-American Dialogue.

However, such a transition “offers opportunities for policy changes according to the vision of the new generation that will occupy the top positions,” according to Cuban Arturo Lopez-Levy, of the University of Texas-Rio Grande Valley.

Even if the incoming president has been provided with a roadmap, said Lopez-Levy, “this is about the closing of a Cuban national era.”

Former Cuban diplomat and scholar Carlos Alzugaray points to a slowdown in the opening of the economy to the private sector as a major frustration.

“We must still overcome the old mentality and update the legal and constitutional order because no -one can govern Cuba as Fidel and Raul have done.”