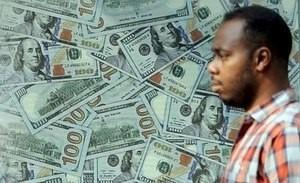 NEW YORK – Currency managers are getting back on their feet after weathering lackluster performance and investor outflows in the aftermath of the global financial crisis, thanks to a surging US dollar and increased volatility in the foreign exchange market. U.S. institutional investors, ravaged by a strengthening dollar, have turned to global currency specialists to strip out the greenback's effect on their portfolios and at the same time, generate additional return. Many in the currency management industry are benefiting, from funds owned by custodian banks such as State Street to forex specialists and small firms such as those managed by industry veteran John Taylor, who once ran the largest currency hedge fund in the world. The latest figures made available to Reuters by institutional investment data analytics firm eVestments showed total inflows to currency asset managers in 2015 were $8.7 billion through September, compared with $4.9 billion for the same period in 2014. "Most shops doing a decent job are growing right now, especially with this new demand from U.S. investors," said Colin Crownover, head of global currency management at Boston-based State Street, which has $2.4 trillion in assets under management. Managers tend to hedge between 50 percent and 70 percent of international portfolios against a further rise in the dollar. They do this through buying a corresponding short forward contract in a currency a fund may be invested in, such as the euro. Currency managers benefit when they recognize market shifts and act quickly. State Street's currency assets under management stood at $125 billion as of this week. Its assets have been growing at a 12-month trailing average of 12 percent, Crownover said. The industry struggled for a few years as global central bank action kept interest rates low and currencies stuck to narrow trading ranges. There have been several casualties in the currency hedge fund industry. Taylor was forced to shutter his FX Concepts fund in 2013 and filed for bankruptcy. Brevan Howard and QFS Asset Management were also among asset managers that shut their currency funds amid losses. Volatility has returned to markets as the Federal Reserve has moved closer to raising interest rates, while the European Central Bank embarked on a massive asset-buying program. One-month volatility in the euro/dollar currency pair rose to as high as 15 percent last July, from just 4 percent in the summer of 2014. That uncertainty is what has spurred managers to seek help from currency experts. Clients of Adrian Lee & Partners, a London-based quantitative currency manager overseeing $6 billion in assets, have given the firm 50 percent more of their assets to manage, said Adrian Lee, the firm's president and chief executive officer. "Our pipeline or the people we're actually talking to is bigger than I have ever seen, with about 25-30 names," said Lee. Millennium Global, a UK-based forex manager, has snagged $3.5 billion in inflows so far this year, pushing its assets under management to $16 billion at the end of October, said Mark Astley, chief executive officer. Even Taylor, whose FX Concepts once had $14 billion in assets at its peak, has resurfaced, managing about $150 million, he said. His new firm is called FX Concepts News, which is also a research and advisory service. Despite past struggles, Taylor has become a sub-manager for other hedge funds' currency portfolios and has a $50 million-credit line that he can use, he said. "The environment right now is spectacularly good because the governments have their hands in the market and they're making a complete mess of it," said Taylor. His most profitable trade has been shorting the Chinese yuan, Brazilian real and Mexican peso. Returns have not been shabby. A broad index of currency fund performance - BarclayHedge Currency Index - was up 3.4 percent in the year to October, continuing a positive trend since 2007, BarclayHedge data showed. –Reuters