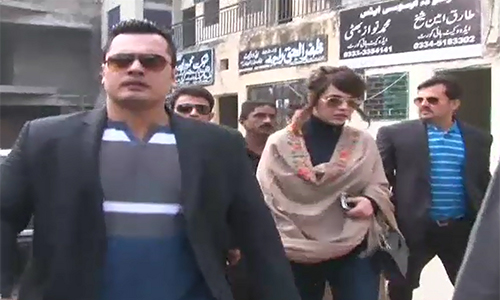 RAWALPINDI (92 News) – The Customs Court rejected supermodel Ayyan Ali’s plea for acquittal in the currency smuggling case on Friday. Sardar Latif Khosa, in a petition, contended that the passport had not mentioned in the FIR. “Forensic inspection of the record should be conducted and it has been tampered with,” he said. The court asked her counsel to provide all available documents with regard to tampering. Latif Khosa said that he had a copy of the challan duly signed by the investigation officer.