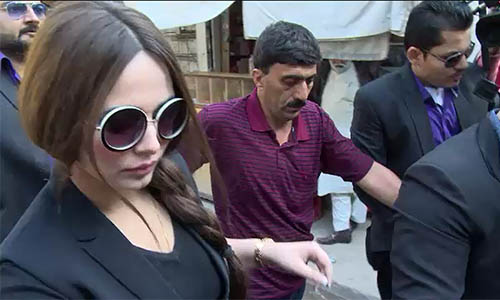 ISLAMABAD (92 News) – The Interior Ministry has placed the name of supermodel Ayyan Ali involved in the currency smuggling case on exit control list. 92 News had exposed the accused’s attempts to flee abroad through fake documents.