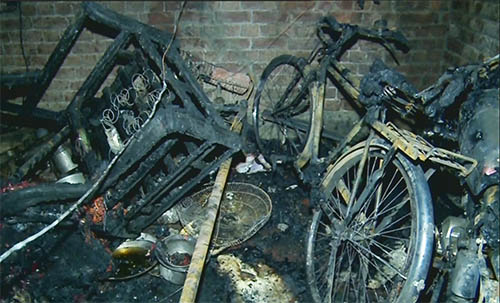 LAHORE (92 News) – A man was killed and four others including children injured when a gas cylinder exploded in a house in Lahore’s Johar Town area on Thursday. The incident occurred in Lahore’s Johar Town area when a cylinder suddenly exploded, killing a 55-year-old house owner Ghulam Nabi while his wife Naseem Bibi, their 15-year-old son Akram, 7-year-old daughter Laiba and 9-year-old Tayyaba received burns. They were shifted to Jinnah hospital for medical assistance, where Naseem Bibi is said to be in critical condition. Area residents said that the use of cylinder is on the rise due to low gas pressure.