Dacoits rob millions from a fastfood restaurant in Lahore 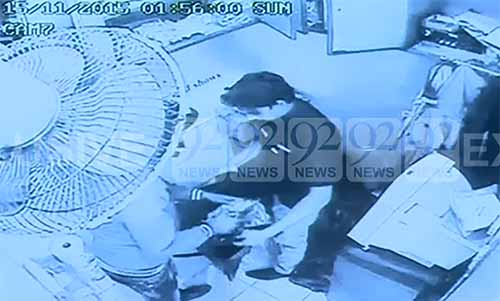 Dacoits rob millions from a fastfood restaurant in Lahore

LAHORE (92 News) – Some armed dacoits robbed millions from a fastfood restaurant in the opulent area of MM Alam Road in Lahore. As per details, around eight dacoits entered a branch of fastfood restaurant, snatched Rs 800,000 from the owner of the restaurant. The dacoits then looted Rs 15000 from the customers and managed to escape. Customers were also thrashed during the robbery. Police said that they were trying to identify the dacoits through CCTV camera footage, while the statements of security guards and customers present at the time of robbery have also been recorded. The provincial capital is under siege of dacoits for the last couple of days. Police have been unable to catch the gang responsible and bring an end to the incidents of robbery.