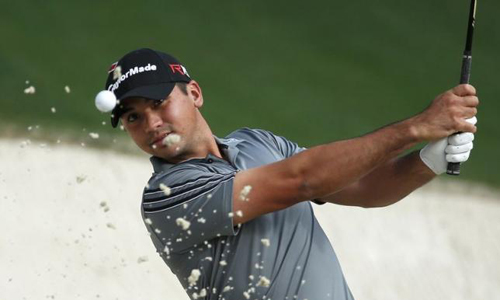 GEORGIA - For Jason Day, the Masters and the pursuit of a coveted green jacket has been an obsession since he first picked up a golf club. And if Day wins the year's first major on Sunday, everything else the 27-year-old Australian does on a golf course will be icing on the cake. "Everyone has different goals in life," Day told reporters after a practise round at Augusta National on Monday. "Everyone has different things they want to try and achieve. "We've been gearing my golf game ever since I was 12, 13 ... to try and attack this golf tournament, building my game toward winning this tournament. "Whatever I win after, that would be a bonus." Day came agonizingly close in 2011 when, playing in his Masters debut, he finished runner-up to Charl Schwartzel. In 2013, Day again looked ready to conquer a lifelong quest. Holding a two-stroke lead in the final round with three holes to play, Day had one arm inside the sleeve of the green jacket when disaster struck. Consecutive bogeys kept him out of a playoff won by compatriot Adam Scott, who became the first Australian to win at Augusta. "When I had the lead on 16, I wanted it so much that I think I put so much pressure on myself that I ended up bogeying 16 and 17," said Day. "I just want to win it even more now. "I'm always going to try and improve and get better each and every year here, and that goes for every other tournament but this one is that much (more) special. Day would normally garner plenty of attention in the lead-up to Thursday's opening round but with Tiger Woods returning to action and Rory McIlroy seeking a career grand slam, the world number five is flying under the radar. But having healed thumb and back injuries that hampered him last season and his game back in solid shape after collecting a third PGA Tour title at the Farmers Insurance Open in February, Day will be among the contenders when first round play begins. "It's tough because there's a lot of expectation for me to go out there and play well," said Day. "Obviously you're out there and everyone is yelling out, saying this is your year. "Sometimes it's hard to kind of just not get caught up in the moment when you hear that the whole time." - REUTERS