ISLAMABAD (92 News) – The deadlock between the utility stores employees and the government continued on Thursday for a fourth day.

As per details garnered, the employees continue to protest against the likely closure of the stores and permanent contracts until their demands would not be accepted. The sit-in of Utility Stores Corporation employees, gathered from all over the country, continued on third day at D-Chowk in Islamabad. 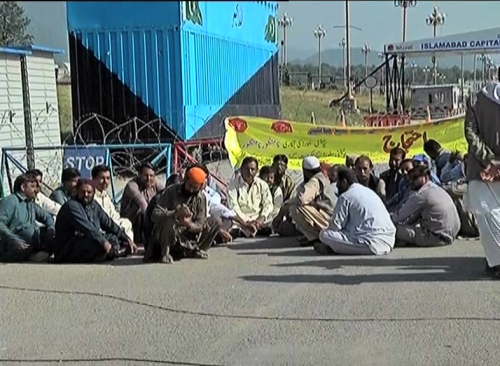 The incumbent government failed to satisfy the protestors and the employees asked practical implementations on their demands from the government. Today the government representatives are expected to meet with the protesters today in order to resolve their issues. 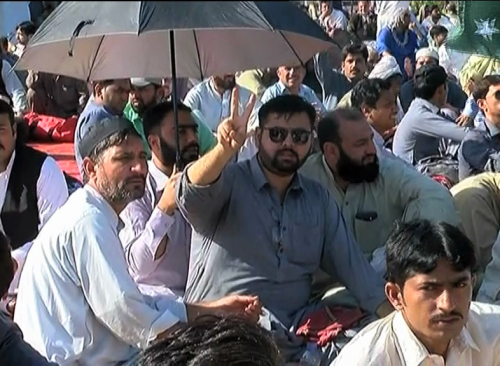 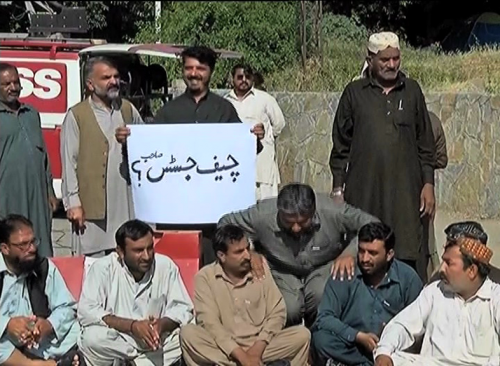 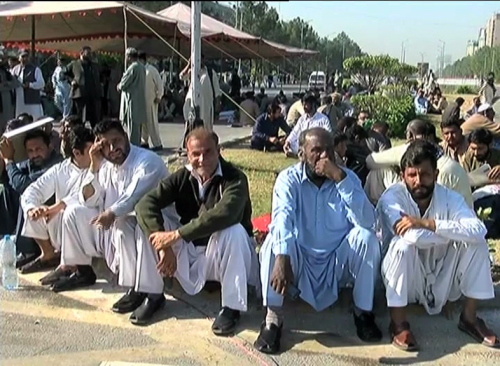 The protestors also chanted slogans and said that the government is not providing relief to the poverty-stricken people. The protestors stayed from two-days and they spent their nights to fix camps on the roads.

Meanwhile, heavy contingent of police deployed there and the personnel have blocked the road heading to Parliament House in order to maintain law and order situation in the federal capital. 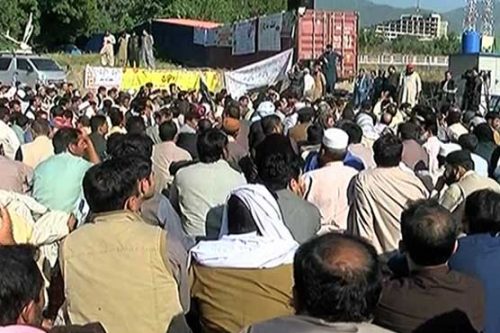 On Tuesday, PM’s Special Assistant for Political Affairs, Naeemul Haque had tweeted that all the demands made by utility stores employees were reasonable and acceptable to the government.

In his tweet, Haque said the Pakistan Peoples’ Party (PPP) and Pakistan Muslim League-N (PML-N) in the last ten years had destroyed utility stores and made it bankrupt. He added that these two parties were “now trying to incite some miscreants.”

On Monday, the employees adopted a stance that the closure of Utility Store is oppression on the poor, adding that they will demonstrate a protest till 126 days if their demand would not accepted.

The agitated employees marched down from the corporation’s head office in Blue Area to D-Chowk, where they were stopped by the police forces from proceeding forward. Refusing to be stopped by the police, the protesters threatened to march down on the Parliament House if their demands were not met.

The employees of the Utility Stores Corporation, the country’s biggest state-run retail chain, urged the government to settle Rs27.6 billion worth of its subsidy claims pending for the last seven years, which is creating a financial crunch for the corporation, leading to its possible closure.

Earlier, the government ordered the Utility Stores Corporation to halt all purchases until further notice, leaving as many as 14,000 employees in the lurch.