QUETTA (92 News) – A suicide blast has rocked a polio vaccination center in Quetta’s Satellite Town, killing at least 15 people and wounding more than 25 others on Wednesday.

The bomb exploded outside the polio vaccination center shortly before vaccination teams were scheduled to travel to neighborhoods as part of a three-day immunization campaign.

Around 12 of those killed in the city of Quetta were police officers and one Frontier Corps (FC) personnel. Several of the 25 injured who were shifted to Civil Hospital and CMH listed in critical condition, while Emergency has been imposed in all hospitals of Quetta.

Rescue teams reached the site while police, FC security forces and other law-enforcement agencies cordoned off the area after the blast. According to initial investigation report, it was a suicide blast, in which around eight kilogram explosive was used.

The Balochistan government has announced financial aid of Rs 1 million for martyred personnel and Rs 500,000 for those injured in the blast. 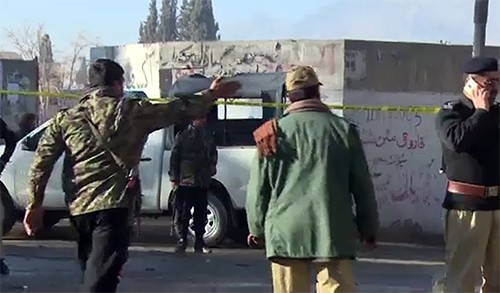 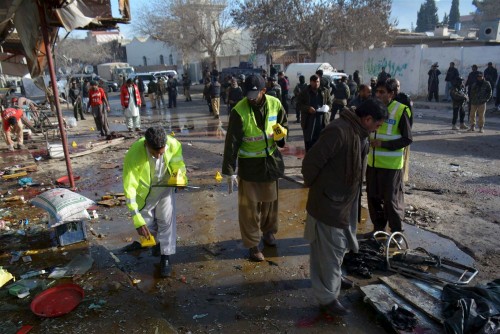