ISLAMABAD (92 News) – Today marks the 8th death anniversary of Pakistan’s ex-prime minister and one of the subcontinent’s iconic leaders, Benazir Bhutto, who was assassinated during a bomb attack on her convoy in Rawalpindi during an election rally in December, 2007.

Born on June 21, 1953, in Karachi, Pakistan, Benazir was the daughter of Zulfikar Ali Bhutto, Pakistan’s ex-Prime Minister and a prominent politician of the sub-continent.

She completed her education from Oxford University Britain and returned to homeland in June 1977. Her father, late Zulfikar Ali Bhutto, was ousted from office in a 1977 military coup and executed just two weeks after her arrival.

She married Asif Ali Zardari in 1987 and sworn in as Prime Minister for the first time in 1988 at the age of 35 but was removed from office 20 months later on October 2, 1993 under the order of then-president Ghulam Ishaq. 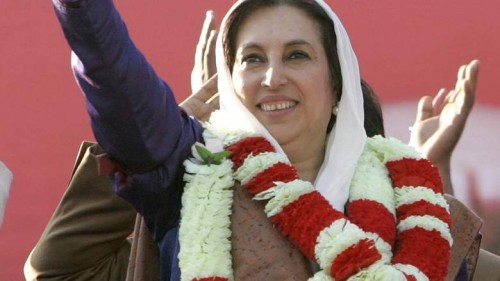