LAHORE (92 News) – The death toll in Sunday’s suicide blast at a crowded Gulshan-e-Iqbal Park in Lahore’s Allama Iqbal, has risen to 72 including children and women, while over 300 people were wounded.

As many as seven women and 29 children were among the victims and rescue workers say there were seriously wounded people among those taken to hospitals, while 52 bodies have been handed over to the heirs.

Witnesses had said that Christian families celebrating Easter had also been present in the park when the explosion occurred. 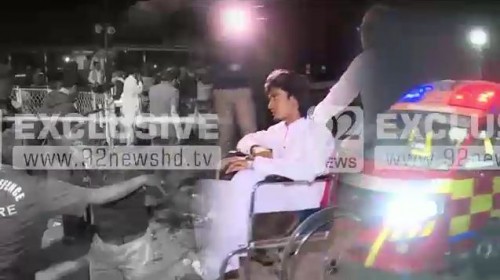 Police and rescue officials have reached the site of the blast. The government had declared an emergency in all state-run hospitals in the city, and a heavy contingent of police has cordoned off the area.

Pakistan Army contingent has also reached the spot and assumed their responsibilities.

Prime Minister Nawaz Sharif has cancelled his official visit to Britain and visited the injured people in Jinnah hospital to inquire about their health. 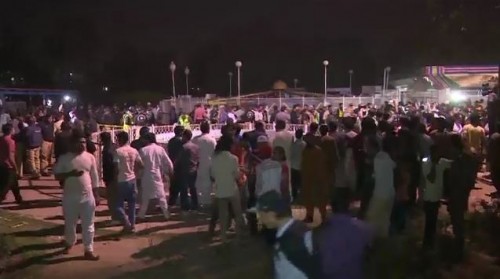 Police found National Identity Card of the suicide bomber near the remains of his body which shows him Yousaf son of Ghulam Farid, a resident of Muzaffargarh city of the Punjab province, who was born on January 1, 1988.

A heavy contingent of police reached at the bomber’s home in Muzaffargarh and arrested 12 people and shifted them to some undisclosed location for investigations, while his two brothers managed to flee. 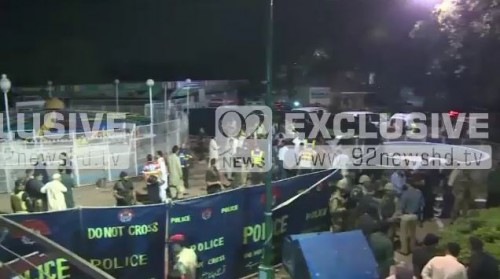 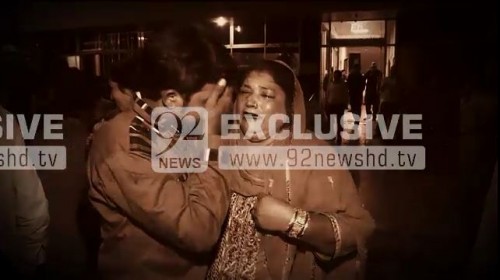