Delta rocket blasts off from Florida with improved GPS satellite 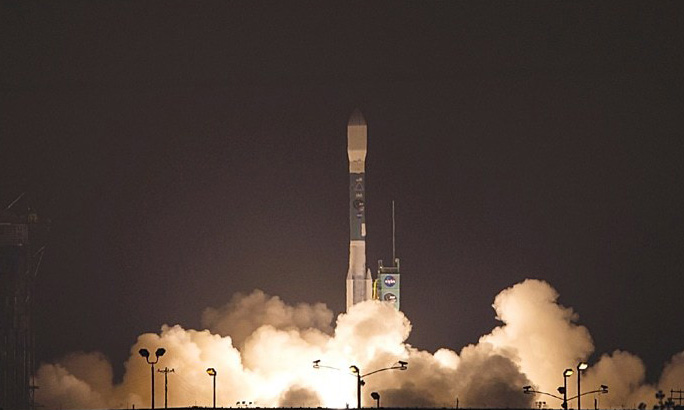 Delta rocket blasts off from Florida with improved GPS satellite

FLORIDA - An unmanned Delta 4 rocket blasted off from Florida on Wednesday to deliver the ninth of 12 next-generation Global Positioning System satellites into orbit. The 207-foot (63 meter) booster, built and flown by United Launch Alliance, bolted off its seaside launch pad at Cape Canaveral Air Force Station at 2:36 p.m. EDT, the third launch in 25 days from the nation’s busiest spaceport. ULA is a partnership of Lockheed Martin Corp and Boeing Co. Three more of the Boeing-built GPS 2F satellites remain to be launched over the next 10 months, completing an orbital network that provides military, civilian and commercial radio signals for precision navigation and timing. The 2F series, which cost most than $122 million each, feature improved clocks, more power, longer lifetime and added signals, Air Force Brigadier General Bill Cooley, director of the Space and Missile Systems Center’s Global Positioning Systems Directorate, told reporters during a pre-launch conference call. Once in position about 12,700 miles (20,440 km) above Earth and inclined 55 degrees relative to the equator, the new satellite will become part of a 38-strong network that includes seven spares. The three remaining 2F satellites will be launched on ULA's lower-cost Atlas 5 rockets. ULA intends to phase out medium-lift versions of the Delta 4 rocket, which are used to fly GPS and similarly sized spacecraft, to more effectively compete against privately owned Space Exploration Technologies, whose Falcon 9 rockets are about half the price. SpaceX, as the California-based company is known, is expected to win approval from the Air Force in June to compete for future U.S. military launch business, breaking ULA’s monopoly. SpaceX, which flies cargo to the International Space Station for NASA as well as communications satellites for commercial customers, pegs its Falcon 9 flights for military payloads at about $100 million a mission. - REUTERS