Democratic donors unfazed by Hillary Clinton's use of private email 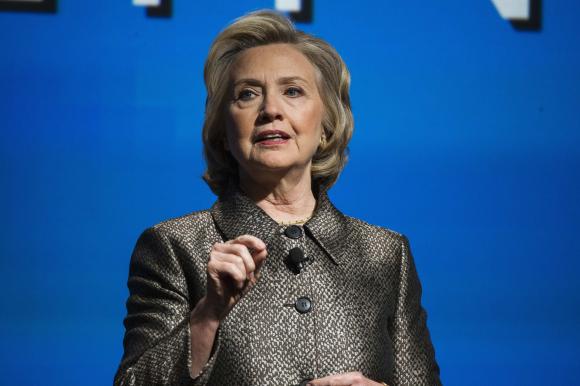 Democratic donors unfazed by Hillary Clinton's use of private email

NEW YORK - Top Democratic donors say they are unfazed by the disclosure that Hillary Clinton conducted State Department business on a personal email account, although several said she could fend off Republican criticism by addressing the issue head-on and announcing her candidacy for president. The presumed front-runner for the Democratic Party's 2016 presidential nomination had generally avoided controversy until the email issue emerged. It has sparked Republican claims that she was being secretive and could have posed a security threat. “Do I think it will affect her fundraising? I doubt it,” said Miami physician and Democratic bundler J.P. Austin. “She’s the front-runner. She’s still the person to beat.” Lena Kennedy, a Pasadena donor and bundler, added: “I just think Hillary needs to address the questions, and then we need to move on.” Clinton is expected to address the issue publicly this week. Last week, as the tempest over the emails grew, the former Secretary of State announced on Twitter that she had asked the State Department to release the 55,000 emails she had previously turned over as a part of the Department’s request for records from all former secretaries of state. On Monday, Reuters interviewed 13, randomly selected political activists who are among the Democratic Party’s top donors and bundlers - donors who gather other donations together to amplify the funding impact. Half were avowed Clinton supporters, two hope Massachusetts Senator Elizabeth Warren would run, and the remainder were undecided. Although they acknowledged the emails could potentially contain surprises, none felt Clinton's reputation would be damaged by what has been disclosed so far. Democratic donors told Reuters their view of Clinton had not been affected. Nearly all said that although they preferred a contested primary because it strengthens the eventual victor, they still believed Clinton would ultimately secure the Democratic presidential nomination for 2016. Most also said it was unlikely that a strong enough challenger would emerge who could siphon away a significant amount of cash from Clinton. “I think the big takeaway from my conversations has been a general feeling amongst the network of which I’m a part that she should hurry up and announce,” said Allan Berliant, a Cincinnati bundler who has been talking with potential donors. Many donors pointed out that the election is still a year and a half away and that the presumed front-runners have yet to officially declare their candidacies. “I think it’s a dumb issue,” Gerald Acker, a Michigan lawyer who was among President Barack Obama’s most prolific bundlers in 2012, said of the email concerns. “Colin Powell did the exact same thing. Former Secretary of State Colin Powell, who also had a private email account during his tenure, said in a television interview Sunday that he had not retained any of his records so he could not hand them over. Other presidential hopefuls, such as Republicans Jeb Bush and Scott Walker, also had private email accounts while holding elected office, although neither position was at the federal level. Republicans have accused Clinton of using her personal email account to avoid the archiving of her communications on government servers. They also contend the use of a non-government account potentially have posed a security risk by leaving her communications more vulnerable to hacking. The Obama White House has made it clear that its guidance to officials was to use government email addresses, not personal ones, for government business. The White House said on Monday that Obama had received emails from Clinton's personal email address over several years but he was not aware of how the server had been set up. - Reuters