KARACHI (92 News) – The dense fog on Friday engulfed the South Punjab including Sindh province and its surrounding areas. 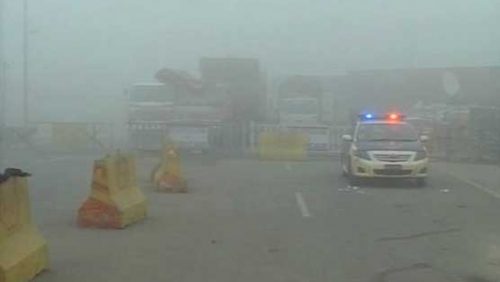 Motorway has been closed owing to poor visibility caused by thick fog that blanketed various cities of Punjab, including Multan and Khanewal. 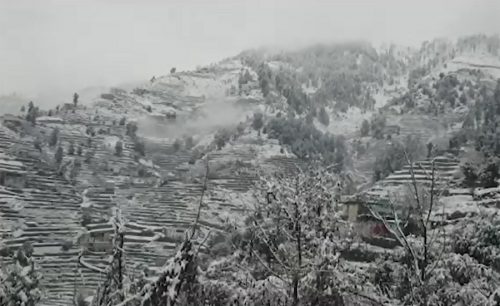 According to the Met Office, mainly very cold and dry weather is expected in most parts of the country whereas rain-thunderstorm with snow over hills is expected at scattered places in Gilgit-Baltistan and Kashmir, while at isolated places in Peshawar, Kohat, Mardan, Bannu, DI Khan, Quetta, Zhob, Sargodha, Faisalabad and Gujranwala divisions.

In the winter, thick fog continued to blanket several areas in Punjab and Khyber Pakhtunkhwa, intensifying winter across the country. Fog developed in most of Punjab cities, including Lahore Manga Mandi, Pattoki, Okara, Lodhran and Bahawalpur.

Motorway (M-2) has been closed from Sheikhupura to Lahore. Motorway remained fog-bound from Pindi Bhattian to Faisalabad and Gojra. The Motorway police have directed the motorists to use fog lights.

According to the Met Office, mainly very cold and dry weather is expected in most parts of the country.