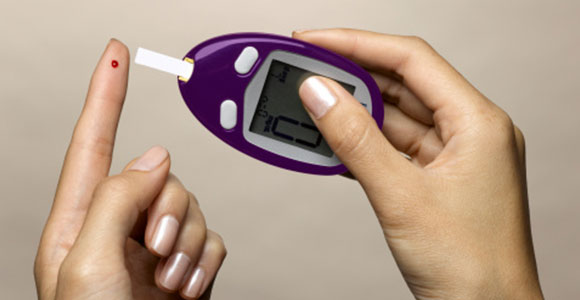 NEW YORK - After a year of treatment with the drug ranibizumab (Lucentis), some people with vision loss due to diabetes regain their confidence to drive and have vision good enough to do so, according to a new study. Seeing well enough to drive confidently is an important measure of independence, the authors write. Up to 45 percent of people in the US with type 1 or type 2 diabetes have some level of vision loss, most commonly diabetic retinopathy. And half of those with retinopathy will develop diabetic macular edema (DME), a fluid build-up in the retina that affects sharp, straight-ahead vision, according to the National Eye Institute. The results provide tangible evidence that improvements in vision measured with an eye chart also translate to real-world functioning based on vision, said lead author Dr. Neil M. Bressler of the Wilmer Eye Institute at Johns Hopkins University School of Medicine in Baltimore. “This paper showed that the answers patients provided regarding driving because of their vision function were consistent with the visual acuity results,” Bressler told Reuters Health by email. The researchers used data from three randomized clinical trials conducted between 2011 and 2015. In two trials, people with DME were randomly assigned to monthly placebo injections, 0.3 milligram injections of ranibizumab or 0.5 milligrams of ranibizumab. In the third trial, participants were assigned to laser treatment, 0.5 milligrams of ranibizumab or both laser and ranibizumab injections. About 70 percent of participants in the first two trials and 50 percent in the third trial reported driving before the studies began, according to the results in JAMA Ophthalmology. Among the people in the first two trials who were not driving before the studies began, 7 percent more in the 0.3 milligram ranibizumab group and 14 percent more in the 0.5 milligram group reported driving at the one-year point, compared to the placebo group. There were similar small differences in driving at the one-year point for the 50 percent of people in the third trial who were not driving before. Among those who got laser and ranibizumab, 4 percent more were driving compared to the placebo group, and for those who only got ranibizumab, less than 1 percent more were driving. According to eye tests, more people in the ranibizumab groups had driving-eligible visual acuity of 20/40 or better in their better-seeing eye than those in the laser or placebo groups. Acuity of 20/40 is equivalent to mild nearsightedness requiring about –1.00 diopter correction. Ranibizumab is injected into the vitreous humor of the eye once per month, and each dose typically costs $1,300, according to the Healthcare Blue Book. “In most developed countries, ranibizumab is approved for the treatment of DME, and many insurances, such as Medicare and other insurances, provide coverage for the costs,” said Bressler, who is also the editor in chief of JAMA Ophthalmology. Several authors of the study are employees of or consultants for Genentech, Novartis or Pfizer. Ranibizumab is marketed in the US by Genentech and elsewhere by Novartis. Clinical research indicates that the drugs Avastin and Eylea offer similar improvements in vision for people with DME who have 20/40 or better vision to start with, according to the National Eye Institute. Neither drug was tested in the current study, so it is not known if they would have the same effects on driving. With ranibizumab, “sometimes problems may arise with the portions patients might be responsible to pay, such as copays,” said Dr. Michael J. Elman of the Elman Retina Group in Baltimore, who was not part of the new study. “Patients with more limited income frequently qualify for grants that pick up the remaining balance not covered by their insurance.” Another drawback is the need for frequent examinations and treatments, which may be monthly in the first year of treatment, Elman told Reuters Health by email. “As time goes on, the need for retreatment decreases, as does the need for reexamination.” Everyone with diabetes should have an eye exam to look for swelling or bleeding complications from diabetes at least once a year, and more often if indicated, Bressler said. -Reuters