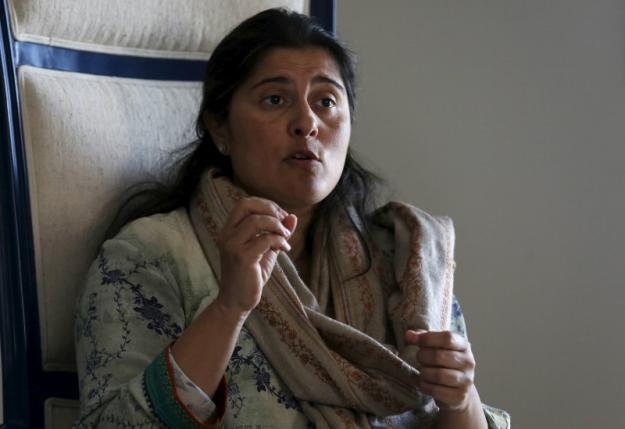 KARACHI – An Oscar-winning filmmaker hopes her latest Academy Award-nominated documentary will help bring tougher laws against honor killings in Pakistan, which account for the deaths of hundreds of women and men each year.

The film, which follows the story of a young woman who survived attempted murder by her father and uncle after marrying a man without their approval, was nominated for an Oscar in January, prompting Pakistan's prime minister to pledge to take a firm stand against the "evil" practice.

More than 500 men and women died in honor killings in 2015, according to the Human Rights Commission of Pakistan.

Many of these crimes, carried out by relatives who say their mostly female victims have brought shame on the family, are never prosecuted, observers say.

"People need to realize that it is a very serious crime," Sharmeen Obaid-Chinoy told Reuters in an interview in Karachi.

"It's not something that is part of our religion or culture. This is something that should be treated as pre-meditated murder and people should go to jail for it."

Obaid-Chinoy's film "A Girl in the River: The Price of Forgiveness", scheduled to air on HBO in March, tells the story of 19-year-old Saba from Punjab.

After marrying a man without the agreement of her family, Saba's father and uncle beat her, shot her in the face, put her in a bag and threw her in a river, leaving her for dead.

Saba survived, and set out to ensure that her attackers were brought to justice.

Her father and uncle were arrested and went to jail, but Saba was pressured to "forgive" her attackers.

Both she and Obaid-Chinoy hope the attention the film has received abroad and at home, including from Pakistani Prime Minister Nawaz Sharif, might help push the amendments through.

"The greatest win of 'A Girl in the River' would be if the prime minister does take the lead, brings the stakeholders on board and they pass the (act)," Obaid-Chinoy said.

After the film was nominated in the short documentary category, Sharif issued a statement congratulating the filmmaker and pledging his government's commitment to rid Pakistan of the "evil" of honor killings by "bringing in appropriate legislation."

Obaid-Chinoy has already won an Oscar in the same category for "Saving Face", a film about acid attacks in Pakistan.

Sharif invited the director to screen the new film at his residence to an audience of prominent Pakistanis.

Although it is not clear exactly how Prime Minister Nawaz Sharif proposes to change existing legislation, Obaid-Chinoy said his reaction was a pleasant surprise.

"This could be (Sharif's) legacy ... that no woman in this country should be killed in the name of honor, and if she is, people should go to jail for it," she said.

"The world is watching." –Reuters