Director tries for inside story of mental illness in 'Mania Days' 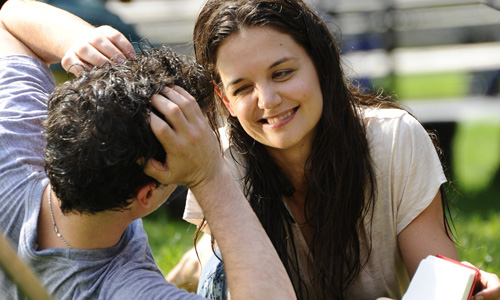 Director tries for inside story of mental illness in 'Mania Days'

TEXAS - Paul Dalio, a film director who has bipolar disorder, said he made "Mania Days" because he wanted filmgoers to see the world through the eyes of those with mental illness. The movie, which premiered in the past week at the South by Southwest film festival in Austin and stars Katie Holmes and Luke Kirby, tells the story of a manic-depressive man and woman who are made for each other and destructive together. Dalio said there have been noble efforts to portray mental illness on film from those without firsthand knowledge and said he wanted to tell the inside story of what it is like to live with the disease. "If only you could know what it is like, I think you would look at people differently who have it," Dalio said at a screening in the Texas capital over the weekend. The movie follows Carla, played by Holmes, and Marco, played by Kirby, as they lapse into mania and are committed to a psychiatric hospital. The two are drawn to each other. As their relationship intensifies, so does their mania. In a relationship with peaks and valleys brought on by mental illness, the two share humor, tenderness and bewildering acts that include taking a subcompact car into a fast-flowing river. The characters question whether they will lose themselves and the fire within them if they try to control their mental illness through medication and therapy. "I feel way more creative now than when I was manic because when I went completely manic, it was just totally scattered and it made no sense," Dalio said. "You have to create a tragedy so that people don’t live it," he said. No national release date has yet been set for the film, which includes Spike Lee as an executive producer. - REUTERS