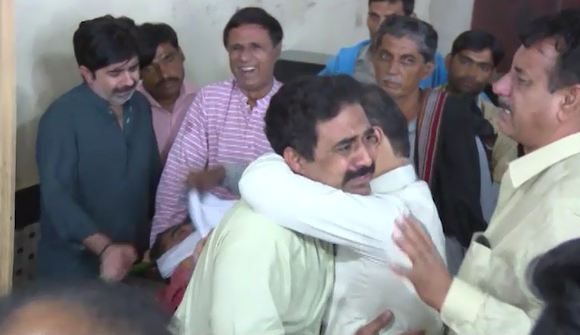 HYDERABAD (92 News) – Some unidentified armed assailants have on Thursday killed a doctor while two others including a candidate for councilor injured in Hyderabad’s Qasimabad area. As per details, some unknown armed men opened indiscriminate firing on the men sitting near an office of a candidate for councilor in Qasimabad area, killing a doctor namely Dr Anwar Laghari and injuring two others including councilor candidate Abdul Sami Chandio. The injured people were shifted to nearby hospital. Police cordoned off the area and were conducting raids for the arrest of the accused.