QUETTA (92 News) – The ongoing strike and sit-in of doctors and paramedical staff outside Quetta press club entered its third day on Sunday.

Patients are suffering from the continued suspension of OPD and other services in the government facilities. But doctors say they would not call off the strike.

The young doctors and paramedical staff staged protest demonstration against lack of medical facilities in government facilities and in favor of their demands.

The protesting doctors have met with the Balochistan chief minister who assured them that their demands will be met but didn’t issue any notification.

The protesting doctors warned that the emergencies of government and private hospital will also be closed if their demands are not met. 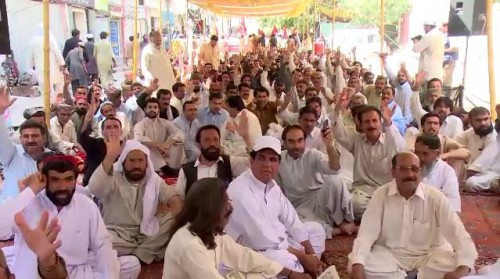