Doctors’ unconscious bias may not influence their decisions 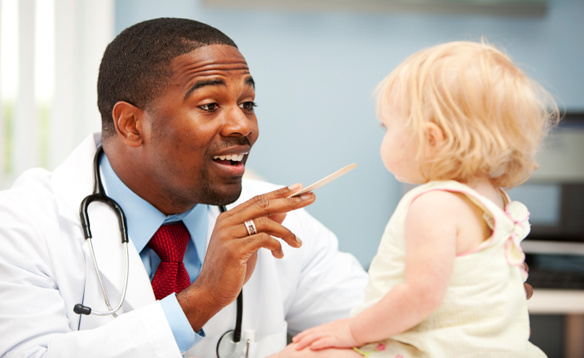 Doctors’ unconscious bias may not influence their decisions

SAN DIEGO - Doctors may have biases for or against people of different races and social statuses, but those unconscious views don’t overtly affect the care they deliver to their patients, a new study finds. When tested with sample scenarios, most doctors showed some unconscious racial or social bias, but those biases largely did not influence their decisions about what care they would give the fictitious patients. “We need to do formal observational trials to see what’s happening in real life and also look at other provider associated mechanisms such as empathy and mindfulness,” said Dr. Adil Haider of the Center for Surgery and Public Health at Brigham and Women’s Hospital in Boston. He and his colleagues write in JAMA Surgery that gaps do exist between races in healthcare. For example, black patients are more likely to die after a traumatic injury than white patients. For the new study, the researchers had 215 doctors - all normally involved in trauma care at Johns Hopkins Hospital in Baltimore - take tests to measure their level of unconscious bias for or against people of different races and social and economic statuses. Most participants had measurable amounts of unconscious bias. On average, they had a moderate amount of racial bias and a strong preference for higher social class. Scores did not differ among doctors of different races, ages, medical specialties or training. Women, however, generally had lower levels of race and class bias relative to men. The participating doctors were then asked what their treatment decisions would be in scenarios about people of different races and social statuses seeking care for various health problems. Of 27 possible medical decisions the participants could make about the scenarios, the researchers initially found three that may have been affected by unconscious bias. For example, doctors were less likely to order an imaging test for patients with sore necks after a motor vehicle accident if the patient was low in socioeconomic status, compared to a higher-status patient in similar condition. Those links disappeared, though, when the researchers accounted for other factors that could influence decisions like the doctor's own age and sex. The study authors caution that they don’t know if their results reflect what happens in real life. A previous study led by Dr. Lisa Cooper of Johns Hopkins Medical School, one of the new study’s authors, linked unconscious biases among primary care doctors to their communications with patients. If true, poor communication may ultimately lead to worse care for patients, the researchers point out. Haider said trauma and acute care tends to be formulaic, and that may limit the impact of bias on medical decisions. Those biases may play a larger role, he added, in situations that require understanding and partnership between doctors and patients, such as managing a chronic condition like diabetes. In addition to observing real-life interactions, “we need to figure out how to better communicate with all patients, who now are more and more diverse,” Haider said. "We need to develop skills so that we can provide the best possible care to all patients no matter what their (socioeconomic) status is or where they come from," he said. - Reuters