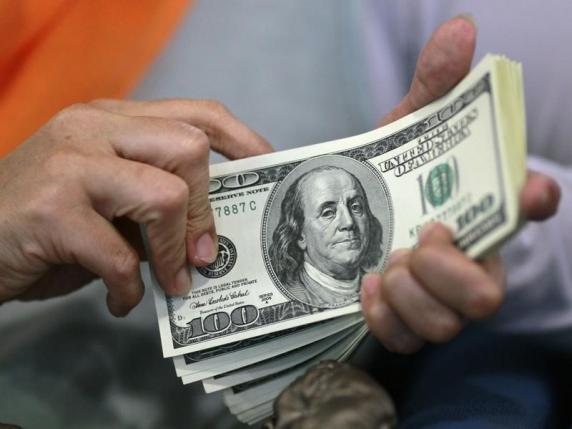 NEW YORK – The dollar rose across the board on Friday, hitting an eight-month high against a basket of currencies as speculation the Swiss National Bank would follow the European Central Bank in cutting deposit rates further pushed major competitors lower. Expectations of growing interest rate differentials between the dollar and major European currencies have pushed the dollar index up to near its yearly peak of 100.390, the highest it has been since June 2003. Most analysts anticipate the Federal Reserve will raise U.S. interest rates next month, strengthening the dollar, while the ECB and SNB are expected to announce further easing. For the week, the dollar is up more than 1.1 percent against the Swiss franc CHF=, having touched a five-year high against the safe-haven currency on Friday. It was the second straight week of 1 percent gains for the dollar against the franc, having risen nearly 1.2 percent last week. The euro EUR= rebounded in afternoon U.S. trading to move back above $1.06 after falling near seven-month lows in overnight trading. It was last down 0.1 percent against the dollar to $1.0596. The single currency is down 3.7 percent versus the dollar so far this month as markets anticipate the ECB announcing a loosening of monetary policy at its Dec. 3 meeting. The yuan CNY= was again fixed weaker by Chinese authorities and offshore rates fell ahead of the International Monetary Fund decision about whether to include it in the IMF's basket of reserve currencies. Offshore rates hit their weakest in more than two months CNH=D3 ahead of the decision due on Monday . The currency is expected to be added to the basket, but with a lower weighting than previously estimated, due to the relative scarce use of the RMB in financial transactions worldwide. The 0.28 percent fall in the tightly controlled rate of the renminbi was much less than a more than 5 percent collapse in Shanghai share prices. "It's significant we didn't see more of a fallout with regard to the Chinese equity market in currencies," said Dean Popplewell, chief currency strategist at Oanda in Toronto. "I suspect with the lack of participation (Friday), opening interest Sunday night/Monday morning will be certainly a lot higher than what we saw today." Popplewell added that he expected to see trading increase as retail spending figures from the Thanksgiving holiday weekend are released. "But at the moment," he said, "we're still very much caught in holiday mode." –Reuters