Dominant Del Potro into third round at rainy Cincinnati 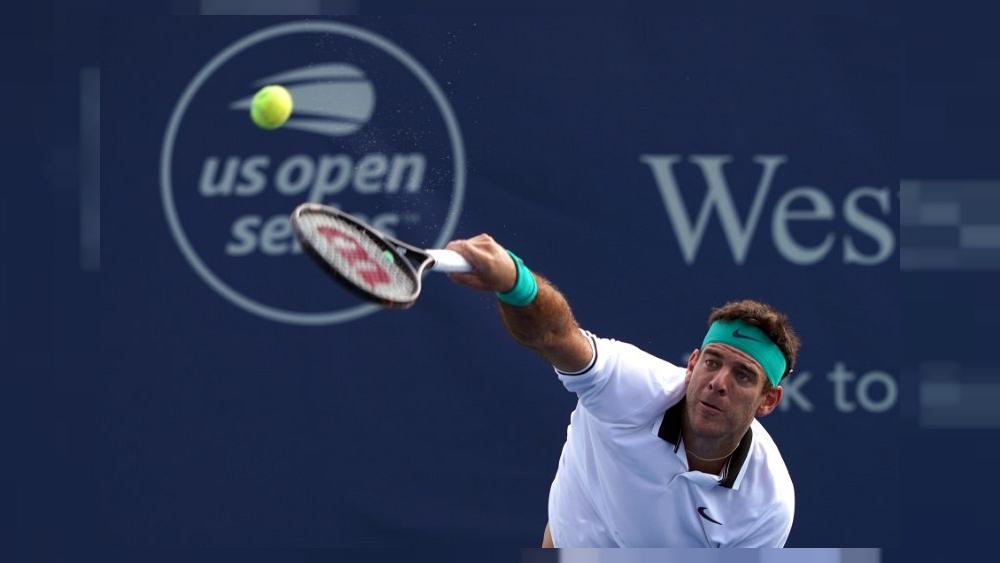 Dominant Del Potro into third round at rainy Cincinnati

OHIO (Reuters) - Juan Martin del Potro quickly dispatched South Korean Chung Hyeon 6-2 6-3 in a second-round match at the rain-hit Cincinnati Open  that was carried over from the previous day because of inclement weather. The pair were delayed from taking the court because of more rain and then had to endure another weather-related suspension just six minutes into their match. Del Potro was not rattled by the delays and did well to attack Chung’s forehand throughout the 81-minute encounter that determined the final entry into the last 16. This marks Del Potro’s fourth consecutive last-16 appearance in Cincinnati, where the Argentine appears to be in fine form right in time for the Aug. 27-Sept. 9 US Open. Next up for Del Potro, who this week reached a career-high third in the world rankings, will be a clash with Australian 15th seed Nick Kyrgios that is scheduled for later . Del Potro’s powerful forehand proved too hot to handle for Chung, who was broken five times during the match. In third round action, big-serving Milos Raonic beat fellow Canadian Denis Shapovalov 7-6(6) 6-4 while Spanish 13th seed Pablo Carreno Busta topped Dutchman Robin Haase 6-4 6-2. With rain in the forecast for the rest of the evening, it was looking dicey for the rest of the third round action, including a scheduled match between seven-time champion Roger Federer and Argentine Leonardo Mayer.