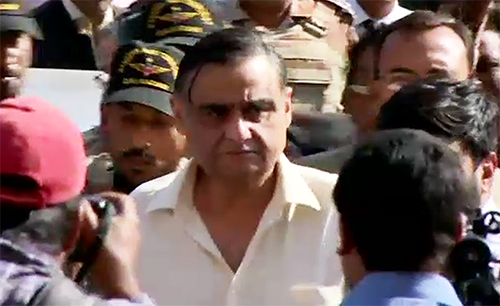 KARACHI (92 News) – The former federal minister for petroleum Dr Asim Hussain has on Monday confessed to the allegations regarding terrorism and corruption against him.

According to JIT’s second report, former federal minister confessed to running Ziauddin Hospital on commercial basis, allotting agricultural land worth billions of rupees on his names and corruption of billions of rupees.

In the third JIT report, Dr Asim confessed to the corruption in Pakistan Medical and Dental Council and selling PMDC’s licenses to private colleges.