Durham crash out of T20 Blast despite Ben Stokes boost


LONDON (92 News) – Ben Stokes did take part in Durham’s T20 Blast quarter-final against Sussex as a specialist batsman, but it wasn’t enough for his team to win the game.

Discomfort in his left knee, which surfaced during England’s 203-run loss to India in the Trent Bridge Test, meant Stokes couldn’t bowl. But Durham still wanted him for the big knockout clash, and the England and Wales Cricket Board allowed him to take part in the game.

Stokes didn’t quite star for Durham, but played his part by top-scoring with a 24-ball 34 opening the innings. But Durham only managed 140/7, and with Laurie Evans hitting 63* from 47 balls and Delray Rawlins scoring a 29-ball 42, Sussex crossed the line in 18.2 overs for a five-wicket win.

The Sussex bowlers delivered a strong collective performance to ensure the Durham innings never gathered adequate momentum. Danny Briggs and Will Beer led the effort with a couple of wickets each.

Importantly, Beer also got the wicket of Stokes, trapping him in front. That was one of the decisive moments in the game, because once the England star fell, wickets tumbled rapidly as they slipped from 66/1 to 115/7.

Sussex lost their openers early but a 70-run stand for the third wicket between Evans and Rawlins steadied things for them as they marched on towards the semi-final. 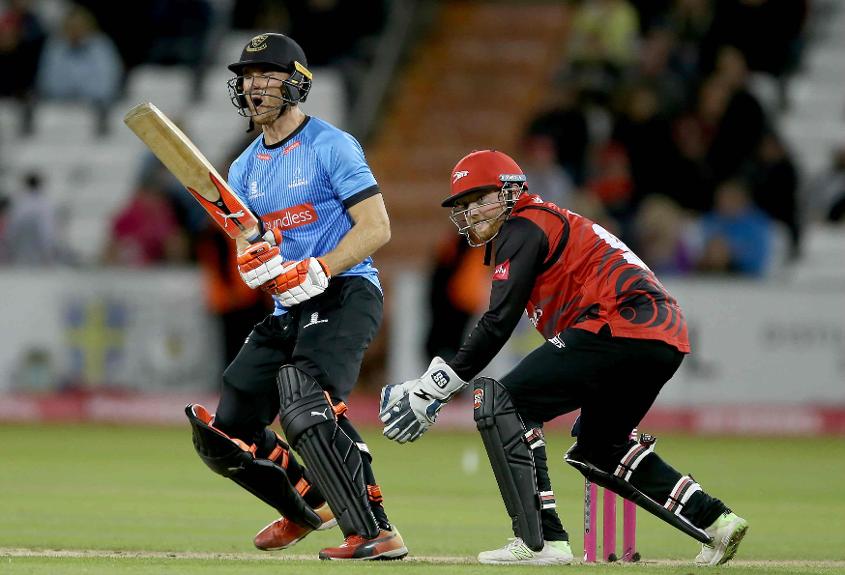 Stokes will now have a break before the fourth Test against India in Southampton starts on 30 August.

Playing as an all-rounder, Stokes had played a starring role in England’s win in the first of the five Tests at Edgbaston, taking 4/40 in India’s second innings.

He sat out the second game at Lord’s because of his trial for affray, which he was cleared of, and returned to the England line-up for the third Test, scoring a gritty half-century to delay India’s march to victory.