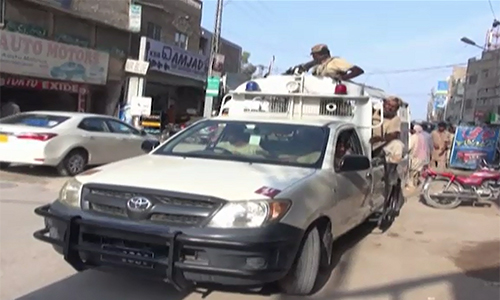 BADIN (92 News) – The Election Commission of Pakistan (ECP) has deployed the Army for the local bodies elections in Badin. Army troops will perform duty during the elections in 13 districts of Sindh. The ECP has issued a notice in this regard. Meanwhile, the ECP code of conduct was violated. The government machinery was openly used on the arrival of Bilawal Bhutto. The fire brigade vehicles washed the city roads.