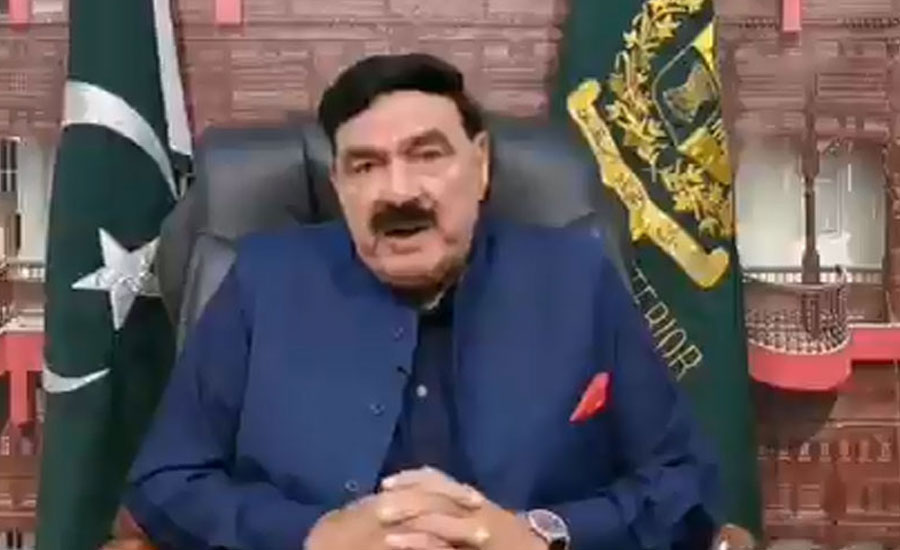 In a video message, the interior minister said that the efforts are being made for better border management. He said the border fencing with Afghanistan will complete in two months’ time. "88 per cent work on the fencing has been completed," he added.

Sheikh Rasheed said the border fencing with Iran will also be completed by the end of this year. He further said 150 mobile eagle squad will be attached with safe city project to make Islamabad a safe zone.

Earlier, The interior minister called on PM Imran Khan after visit of Sindh and informed about the law and order situation in Karachi.

The political situation, law and order situation in the country were also discussed during the meeting. He gave suggestions for resolving various law and order issues in Karachi. He also briefed the PM Imran Khan about his meeting with Sindh Chief Minister Murad Ali Shah.