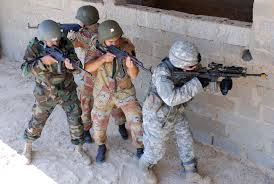 (Reuters) - Egyptian security forces killed 47 Islamic militants in the country's Northern Sinai on Friday in one of the biggest operations in the region in months, security sources said. Apache helicopters killed 27 militants from the Sinai Province group, which pledges allegiance to Islamic State, the ultra-hardline militants who have seized swathes of Iraq and Syria, the sources said. Hours later, soldiers shot and killed 20 militants, said the sources. Sinai Province, fighting to topple the Cairo government, has claimed responsibility for coordinated attacks that killed more than 30 members of the security forces in late January. After that bloodshed, President Abdel Fattah al-Sisi told Egyptians the country faced a long, tough battle against militants. Also on Friday, a bomb exploded along a street in Egypt's second largest city Alexandria, killing one person and wounding four others, security sources said. Sinai-based militants have killed hundreds of soldiers and police since then army chief Sisi toppled president Mohamed Mursi of the Muslim Brotherhood in mid-2013 after mass protests against his rule. A security crackdown on Brotherhood supporters, in which hundreds were killed in the streets and thousands arrested, has weakened the group. On Friday, Brotherhood supporters and security forces clashed in the Cairo suburb of Matariya, the state news agency reported. Eighteen people were killed in the Brotherhood stronghold during the January 25 anniversary of the start of the 2011 uprising that ousted former Egyptian President Hosni Mubarak. Egyptian authorities have also jailed activists, including some who gained prominence in the 2011 popular uprising that toppled Mubarak, on charges of violating a law that effectively bans protests.