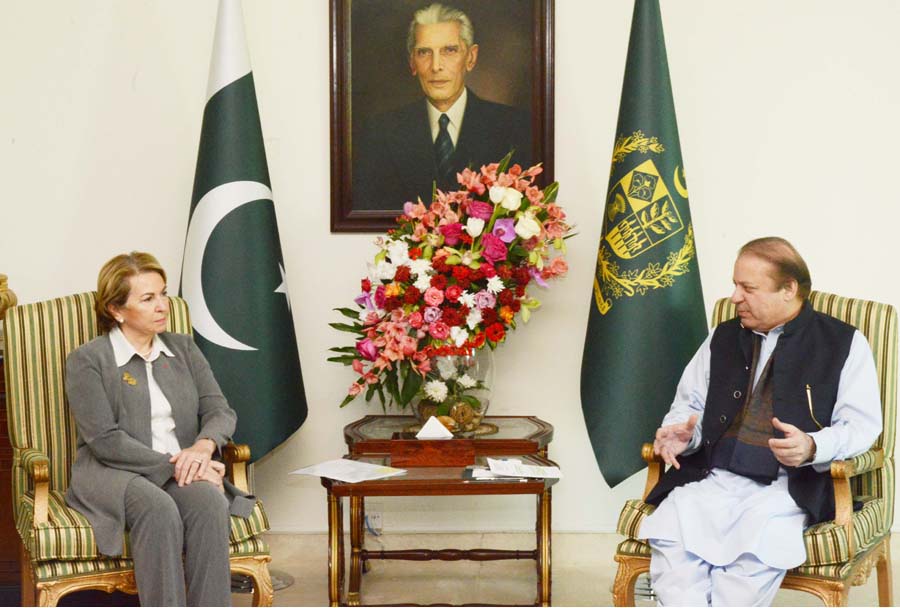 ISLAMABAD (92 News) – Prime Minister Nawaz Sharif has on Friday met with the French ambassador Martine Dorance and expressed solidarity with the French nation over ISIS attacks that left more than 150 dead. Prime Minister Nawaz Sharif said that the terrorists are enemies of humanity and their elimination is inevitable for the world peace. “Operation Zarb-e-Azb and National Action Plan (NAP) enjoy support of the entire nation,” he said. The premier said that perpetrators of the Paris terror attacks are enemies of Islam, adding that Pakistanis realized the pain of French people because they themselves are victims of terrorism. The French envoy Martine Dorance thanked the Pakistan government and people for their support to France at a difficult time.