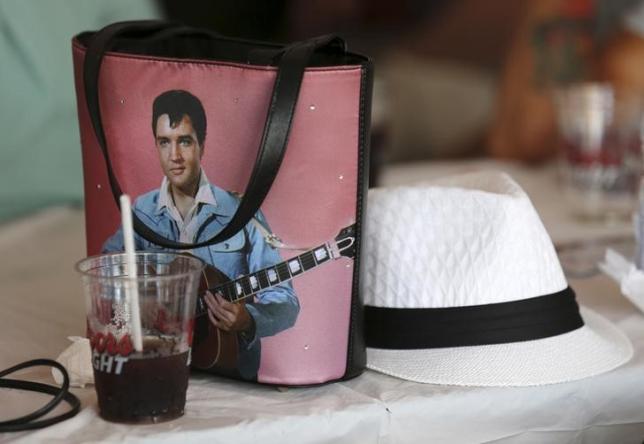 LONDON - Nearly 40 years after his death, Elvis Presley is back at the top of the British album charts with his 12th UK Number 1 -- "If I Can Dream," a collection of Elvis classics featuring orchestral reworkings by the Royal Philharmonic Orchestra. This means Elvis now has more Number 1 albums in the UK than any other male solo artist, and puts him level with Madonna in second place for the most chart-topping LPs, behind the Beatles, who have 15, the Official Charts Company said on Friday. Elvis claimed top spot with 79,000 chart sales, it added, giving him the second-fastest selling album of the year behind Noel Gallagher's High Flying Birds' "Chasing Yesterday." Rod Stewart landed his 34th Top 10 album with "Another Country," new at Number 2, while Elbow frontman Guy Garvey was third with his first solo release "Courting The Squall." In the singles charts, Adele was top for a second week with "Hello," Britain's fastest-selling record of 2015, keeping Justin Bieber's "Sorry" down in second spot. Sam Smith's James Bond theme "Writing's On The Wall" climbed back up one place to Number 3. -Reuters