They discussed bilateral cooperation as well as international and regional situation. 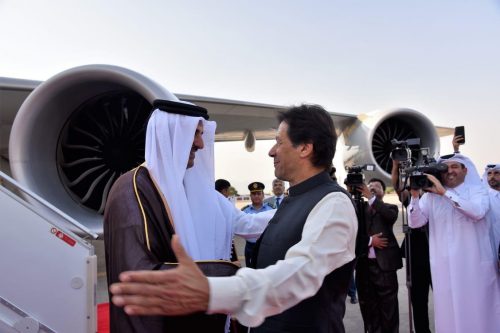 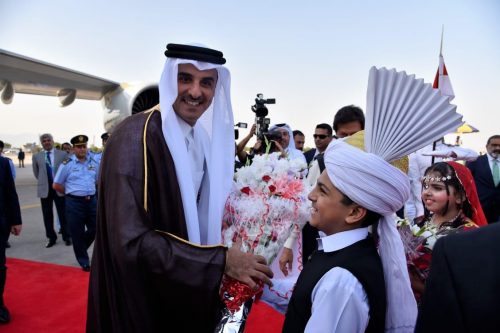 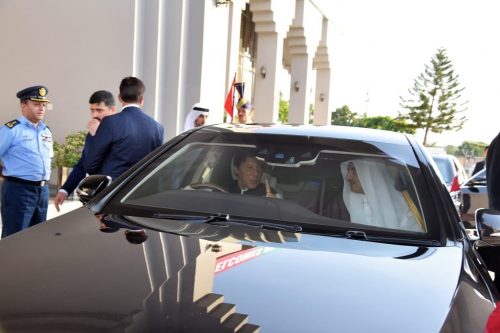 At the Prime Minister House, a smartly turned out contingent representing Army, Navy and Air Force presented guard of honor to the distinguished guest.

The Emir of Qatar inspected the guard of honor. National anthems of the two countries were also played on the occasion. 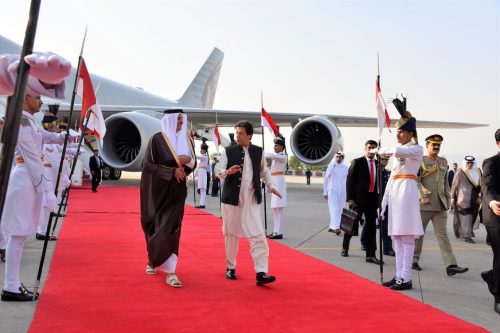 The prime minister introduced the distinguished guest to members of cabinet and the federal ministers. Prime Minister Imran Khan was also introduced with members of Qatari delegation.

Sheikh Tamim bin Hamad Al Thani planted a sapling at the lawn of Prime Minister House as per tradition.

A JF-17 squadron of PAF saluted the guest in a magnificent fly past. He was also given a 21-gun salute.