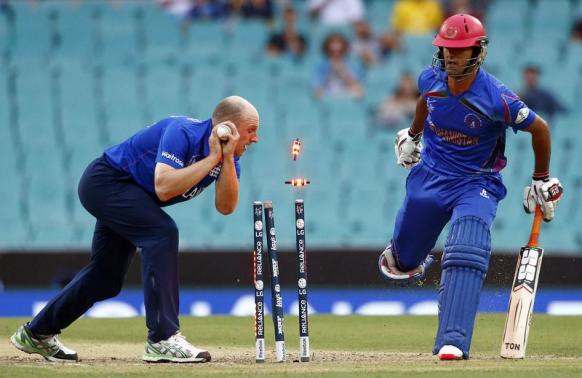 SYDNEY - England brought an end to their miserable World Cup campaign with a nine-wicket victory over Afghanistan under the Duckworth-Lewis method in a rain-disrupted final Pool A match at Sydney Cricket Ground on Friday. Set 101 to win from 25 overs after the wet weather had curtailed the Afghan innings at 111 for seven from 36.2 overs, England romped to their target with 41 balls to spare. Openers Ian Bell (52 not out) and Alex Hales put on 83 for the first wicket before the latter departed for 37 and James Taylor came in to hit an unbeaten eight to help usher England over the line. The win ensured England would at least match their previous worst World Cup record with two victories. With both sides already eliminated from contention for the knockout stage, the match was played out in front of a sparse crowd with only pride at stake. Hales, bumped up the batting order to open, was dropped off the third ball of the innings and again when he was on 12, both times Najibullah Zadran at point failing to give Shapoor Zadran the wicket. Paceman Hamid Hassan finally had him caught behind but by then England were already well on their way to the target. Shafiqullah Shafiq (30) top-scored for Afghanistan but a second win in their maiden tournament always looked a tall order after England skipper Eoin Morgan had won the toss and chose to field. Chris Jordan (2-13) was the pick of the England bowlers -- dismissing Afsar Zazai (six) and dangerman Samiullah Shenwari (seven) -- and he would have fancied taking out a couple of tailenders if the weather had allowed. Shenwari was only able to take his tournament tally to 254 runs before an attempted drive took a thick edge and flew to a diving Morgan at point. That left the Afghans rocking at 34-4 in the 16th over and they were forced to dig in even deeper to ease the innings tally towards treble figures, Nasir Jamal facing 52 balls for his 17. Skipper Mohammad Nabi tried to up the pace and he hit a six and a four in his 16 off 17 balls before becoming Ravi Bopara's second victim, caught by James Tredwell at mid-on. Shafiq helped usher his country past the century mark before holing out with an attempted sweep off Tredwell which Bopara took with a diving catch at deep square leg. Only 10 more deliveries were possible before another shower forced the players off for the third time and brought an end to the innings. - Reuters 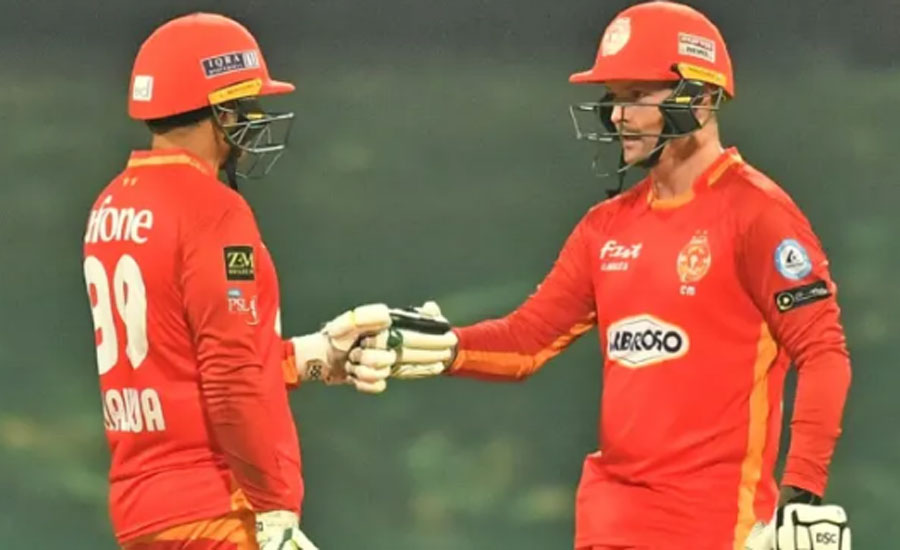