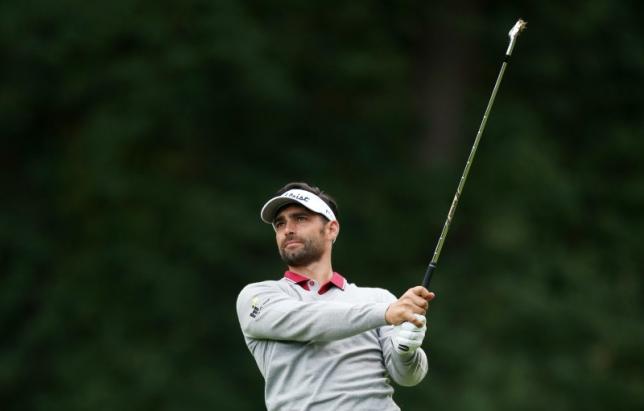 DUBAI – England's Lee Slattery hopes his sparkling autumn form can help earn a debut Ryder Cup berth next year after making successive eagles in the third round of the DP World Tour Championship on Saturday. The 37-year-old enjoyed a remarkable late surge on Dubai's earth course, picking up six shots from holes 14 to 17 to finish with a four-under-par 68 for the day and a one-under 54 hole total of 215. "I had a couple of putts lip out early on the back nine, then I just made that eagle and it seemed to turn things around," Slattery told reporters. "To eagle the next straight after it is very rare to do. It was an incredible finish." On the 14th, he sunk a 15-foot eagle putt, then picked up two further shots at 15 with an assured eight-footer before claiming birdies on 16 and 17 with two six-foot putts. Slattery is the world number 137, but his lowly ranking belies his standing among players hoping to make Europe's team for next year's Ryder Cup in Minnesota, with the journeyman golfer currently among the nine automatic selections. "We had a fitting this week for all the clothes. That got me excited. It felt like the start of it," said Southport-born Slattery. "If I can carry the form I've had at the back end of this year into next year, there's no reason why I shouldn’t push for it." Slattery’s performances have dramatically improved as the European summer faded. He won September’s Russian Open, was tied second at the Dutch KLM Open the following week and finished ninth at the $7 million Turkish Airlines open earlier this month. After Dubai, Slattery will switch to South Africa’s Sunshine Tour, eschewing the tougher circuit in Australia. "December...I have a month off to really work on my game,” he added. "By January I’m hoping I’ll have done some good work. I’ll be able to hit the ground running and get some early results." –Reuters