He expressed these views at jointly cutting the first metal plate of the first of the four MILGEM Ada class corvette along with Admiral Zafar Mahmood Abbasi at a graceful ceremony in Istanbul. 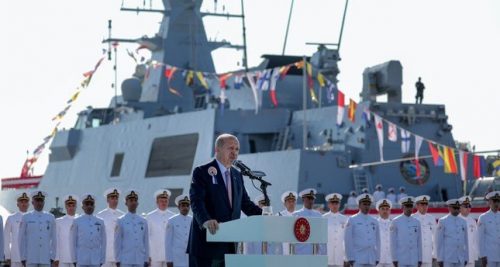 Erdogan has termed the brotherly Pakistan-Turkey relations as exemplary saying that great potential exists for collaboration in the defence production field.

Commenting on Jammu and Kashmir issue, Erdogan said the world needs to know about the sufferings of the Kashmiri people who are continuously braving curfew and blockade since 5th August.

Equating Kashmir with Palestine, the Turkish president said over eight million Kashmiris are living in an open-air prison in their own lands facing brutalities of the occupation forces with great courage. 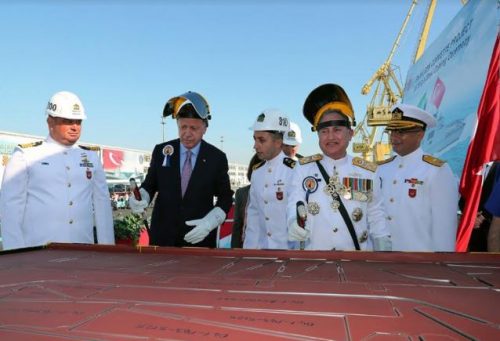 President Erdogan vowed to continue rising Kashmir issue and highlight the miseries of the people of Kashmir.

In his opening speech, Admiral Zafar Mahmood Abbasi termed this project as another testimony of the Pakistan-Turkey brotherhood. He updated the guests about the recent situation in the Indian Occupied Jammu and Kashmir. 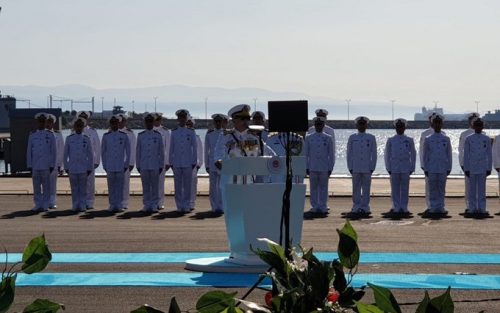 He spoke about the toxic ideology of Hindutva in India and the threat it poses to regional and international peace. He said Indian brutalities have reached to new levels after its 5th August illegal actions which are in contravention of the relevant UN Security Council resolutions and international law.

Admiral Zafar thanked President Erdogan for raising Kashmir issue in his address at the UN General Assembly in New York saying the people of Pakistan and Kashmir are indebted to Turkey for its steadfast support.