Escaping the crowds: Croatia yacht holidays in demand once again 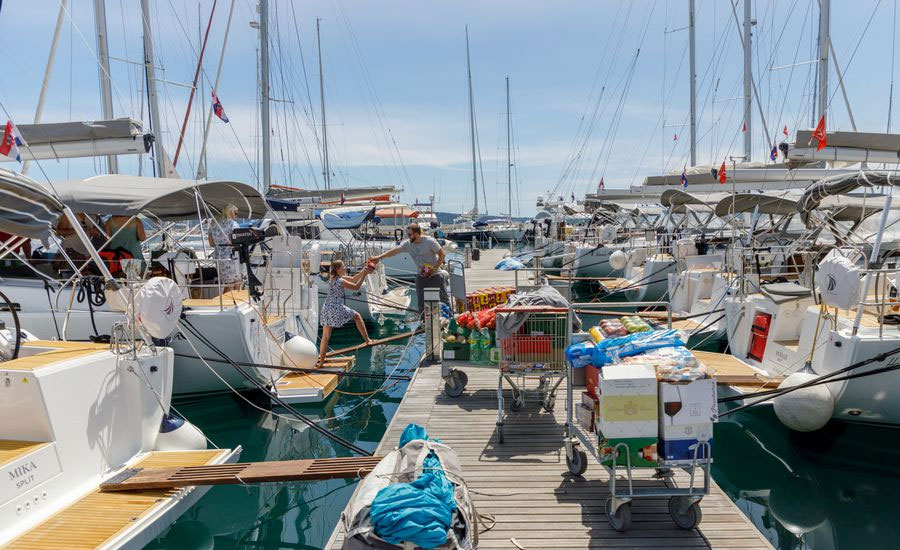 Escaping the crowds: Croatia yacht holidays in demand once again

(Reuters) - Sailing holidays may well be one of the best ways to avoid any crowds this summer and Croatian yacht charter companies say they have seen a strong increase in bookings from July to September after the pandemic brought some of them close to ruin.

Jelena Matkovic, head of bookings at Croatia Yachting, said two months ago some firms like hers were facing ruin due to the slump in tourism amid the pandemic.

"If we witness another year like the last one, many owners of the boats and charter companies would have difficulties to survive," Matkovic said as she stood in a marina in the Bay of Kastela surrounded by dozens of sailing yachts.

"However, although May was practically lost and June is still full of uncertainty, the bookings for July, August and September are strongly rising," she said.

Yachting holidays make up a big chunk of Croatian tourism. "Croatia runs around 30% of the global charter fleet of the sailing boats that are up to 16 meters (52 ft) long," said Pasko Klisovic who heads an association of boat chartering firms.

But the industry suffered a huge blow last year when the coronavirus pandemic halted global leisure travel. Revenues have plummeted, and with overheads high - the costs of keeping up a sailing boat reaches annually some 30,000 euros ($36,700) -companies barely survived.

However, some tourists have already begun to arrive on the Croatian coast. Marc, a German tourist from Munich, said he was chartering a boat in the Bay of Kastela with a group of his friends.

"A lot of people couldn't commit to holidays and didn't want to go to Croatia. We did several security steps, we did the PCR tests, some people are vaccinated and we feel safe on the boat, much safer than in the hotel or with the air travel," he said.

The epidemic situation in Croatia has been steadily improving in the last few weeks. The rate of infection fell to some 300 new cases daily from more than 2,500 in mid-April.

Germany and Austria are the main markets, the Croatian Tourist Board data show, but guests come from all over the world including Scandinavian countries, Britain, the United States and Australia.

"The conditions of return to their countries of origin weighs a lot when the tourists decide whether to come or not. In that sense, if we keep a good epidemic situation the guests will come as they won't face any restrictions when going home," Matkovic said.