Ethicists square off over editing genes in human embryos 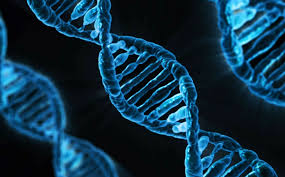 Ethicists square off over editing genes in human embryos

WASHINGTON - Debate over the use of powerful new gene editing tools in human eggs, sperm and embryos grew heated as scientists and ethicists gathered at an international summit to discuss the technology, which has the power to change the DNA of unborn children.

Several groups have already called for restrictions on use of the technology known as CRISPR-Cas9, which has opened up new frontiers in genetic medicine because of its ability to modify genes quickly and efficiently.

Hille Haker, chair of Catholic Moral Theology at Loyola University Chicago, argued on Tuesday in favor of a two-year international ban on research that involves changing human reproductive cells, also known as germline cells. Such changes would be passed on to offspring.

She argued that such practices violated the freedom of unborn children, who would not have an opportunity to consent to changes in their genetic code.

But John Harris, a professor of bioethics at the University of Manchester in Britain, argued strongly in favor of the technology.

"We all have an inescapable moral duty: To continue with scientific investigation to the point at which we can make a rational choice. We are not yet at that point. It seems to me, consideration of a moratorium is the wrong course. Research is necessary," Harris said.

CRISPR-Cas9 works as a type of molecular scissors that can selectively trim away unwanted parts of the genome, and replace it with new stretches of DNA.

Advocates have said the technology can speed the day that scientists can prevent hereditary diseases. Opponents worry about unknown effects on future generations and the temptation for future parents to pay for genetic enhancements such as greater intelligence or athletic ability.

There appeared to be broad agreement at the meeting that "somatic" cell editing, in which the changes are done in non-reproductive cells and are not passed along, posed few risks.

Some scientists believe it is already too late to ban any use of the technology in human reproductive cells because the technology is easily accessible and in widespread use in many labs.

"It's just not feasible," Debra Mathews of Johns Hopkins Berman Institute of Bioethics told a news briefing on Monday.

But researchers and the growing field of well-funded start-up companies that hope to commercialize the technology are clearly worried about possible regulations.

Two of those companies, Intellia Therapeutics and CRISPR Therapeutics, issued a joint statement on Tuesday pledging not to use the new tools to edit human eggs, sperm or embryos.

Nessan Bermingham, chief executive and founder of Intellia Therapeutics based in Cambridge, Massachusetts, said the discussion over the use of gene editing was very important but also very early.

"Our understanding of the germline is in its infancy," Bermingham said, adding that scientists' understanding of inherited disorders involving a single gene were much better understood and comprised the area of the greatest medical need.

The three-day Washington meeting was convened by the National Academies of Medicine and Sciences, the Chinese Academy of Sciences and the Royal Society of the United Kingdom. -Reuters